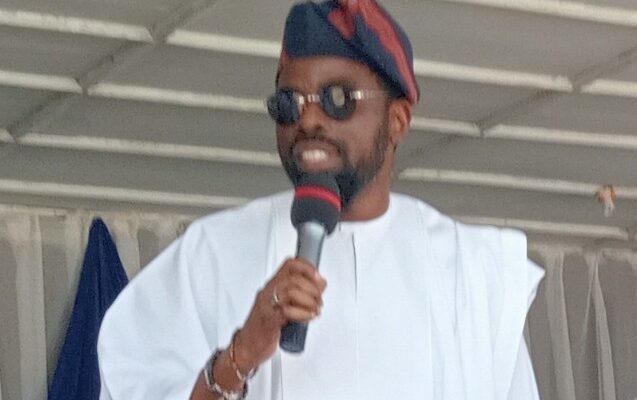 A humanitarian organization, Olayinka Braimoh Initiative, has called on government and corporate organizations to support victims of flood in Kogi state.

Founder of the organization, Mr. Olayinka Braimoh made the call in Lokoja on Friday when he visited internally displaced persons(IDP) camps in Kogi-KotonKarfe, Lokoja and Ajaokuta LGAs.

Braimoh donated relief materials and cash worth millions of naira to flood victims in Kogi state.

He expressed shock over the devastating impact of the flood on the victims and their properties.

The Philanthropist and his team, on arrival, paid homage to traditional rulers at their various palaces and commiserated with them and their subjects over the great loses they uncured following the flooding.

While handing over the materials and cash to the community leaders, Mr Braimoh who consoled them, admonished them to keep hope alive as the Almighty God is always with them.

He said the visit was to identify with the victims and support them in a little way to cushion the effects of the tragedy and devastation of their properties by the flood.

Addressing victims at the Galilee IDP camp hosting victims from seven communities, Olayinka Braimoh, said that government can not do everything and that was the reason for the visit to see them and contribute his own little.

He appealed to governments and corporate organisations as well as individuals to show kindness and come to the the support of the flood victims.

Earlier, the Community Leaders, Women and Youths Leaders, in their welcome addresses lamented the harsh condition they found themselves and urged kindhearted individuals, Government and Organisations to come to their aid

Spread the love
Tweet
Previous PostIgalaland; Past, Present and Future Next Post'Natasha a Light of Ebiraland', Odeyani of Ebira People in FCT Declares