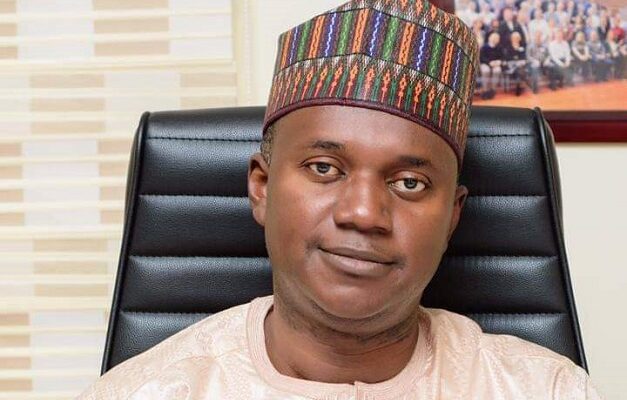 Kogi East Progressive Movement, a pan Kogi pressure group, has restated their conviction that QS Aminu Abubakar Suleiman (AAS) is the most qualified to represent the good people of the Kogi East senatorial district in the Senate come 2023.

In a press conference in Abuja recently, the group’s coordinator, Comrade Musa Wada said they were impressed with Aminu’s antecedents as a quantity surveyor, passionate leader and exceptional project manager.

Wada said the group, with membership spread across the nine local governments in Kogi East, have absolute confidence in Aminu’s capacity to represent the zone well.

He recalled that a good number of members from the group have benefited from Aminu Abubakar Suleiman’s generosity and patronage.

They expressed gratitude to God almighty for making Aminu a worthy son of Kogi East.

The progressive movement stressed that they were particularly impressed with the popularity of Aminu and the goodwill he enjoys across his constituency which they attributed to his flexibility, dynamism and resilience in keeping with his current political circumstances in Kogi State.

“Leaning on nuance and pragmatism rather than stridency and principle, Aminu has continued to conduct himself with suave, passion, transparency and steadfastness.

“Based on the personality of Aminu as a chartered quantity surveyor and a world renowned project consultant, the coast is now clear for the people of Kogi East to put more pressure on Aminu to declare his intention and serve the people of the constituency at the Senate come 2023.

“He is a top quality material and we strongly believe the people of Kogi East will not regret supporting him to become their senator, considering his philanthropic gestures and youth empowerment programme which cuts across the whole state. The time to make that right decision is now.

“Besides, he has employed hundreds of youths to earn a living through his private ventures as a world renowned project consultant and above all he has a foundation solely meant to assist women, particularly widows and indigent students to further their education. As we speak, hundreds of Nigerians, not his constituents alone, are benefitting from his scholarship scheme in various universities across the country and beyond.

“We strongly believe that Aminu’s unique selling point is his accessibility, humility and generosity,” Wada said.

Comrade Wada noted that Aminu has established himself as a disciplined, focused and consummate politician who can manage people and resources effectively.

He stated that Aminu’s cognate experience in the private sector particularly in the quantity survey and real estate sector has enabled him to traverse the globe and opening vista of network and opportunities which will benefit his constituents if eventually elected to the senate.

“On the issue of experience, Aminu is well versed in managerial and leadership skills. He can fit into any position of leadership considering his qualifications educationally and administrative wise.”