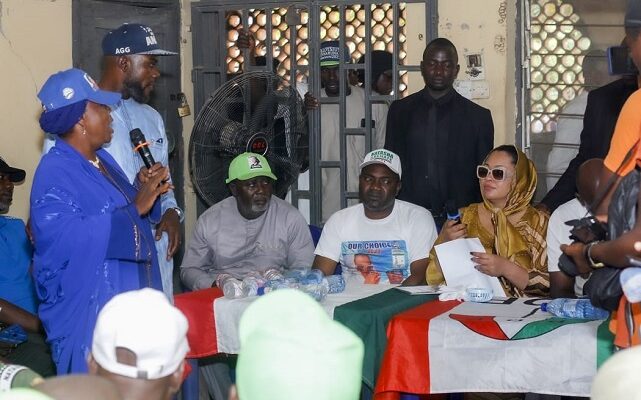 The stakeholders made this known during the PDP caucus meeting in Ajaokuta local government area on Thursday.

Speaking on her senatorial ambition, Mrs Natasha-Uduaghan said she will ensure the government establishes the Steel Development Authority to create a set of rules that will guide the steel sector in the country and work closely with other lawmakers for the resuscitation Ajaokuta steel complex.

“It will interest you to know that the steel sector doesn’t have set rules, I will push for the establishment of Steel Development Authority just like the Petroleum Industry Act.

“Everyone here is an ambassador, go and speak to the people outside even the APC members that Natasha is here to fight for them”, she said.

Barr. Natasha further stated that the lack of competent and outspoken representatives elected into the various positions contributed greatly to the neglect of the federal government.

“I promise to work closely and transparently with you, I have not come this far to cheat you, I can’t abandon the struggle for steel revival and stay quiet when I get to the National Assembly.

“As we go into this election, focus on what you want, study the manifestos of the candidates, and ask yourselves what will we benefit from the candidates. This election is one more chance to right the wrongs of the past.

“Atiku Abubakar is the only presidential candidate that captures industrialization in his manifesto, vote for him and all other PDP candidates during the election.

“We have so much to do, so much to win and so much to lose if we don’t do the right thing”, she concluded.