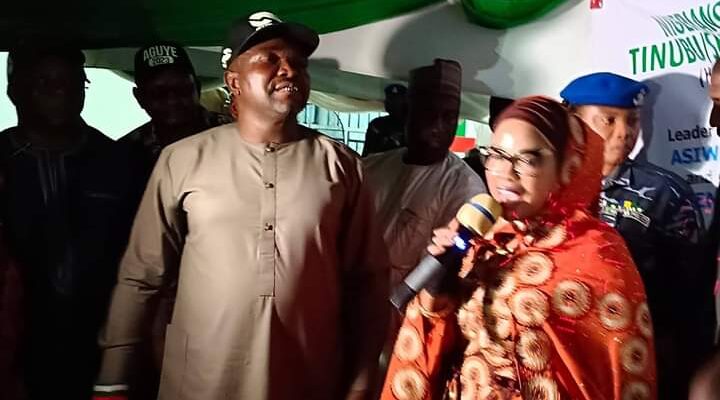 Aliyu, while addressing party stalwarts, candidates and women groups at the newly commissioned APC-,Tinubu/Shettima Campaign office in Lokoja, Kogi state capitol, on Saturday, noted that the task before the campaign council is to ensure victory for the party for both presidential and parliamentary elections.

She noted that the task before the council is to deliver APC presidential candidate, Ahmed Bola Tinubu and his running mate, Senator Kashim Shettima and all the candidates under the platform of the party in Kogi state.

“You are inaugurated today with the simple task of delivering the party’s victory in the forthcoming  election. Your inauguration is also to compliment the existing campaign structures of the party.

“Do not see yourself as superior to other campaign structures, you should see yourselves as team players towards achieving success of the party in the February 2023 elections and beyond,” she said.

The minister, who doubles as  the FCT coordinator for Tinubu/Shettima campaign council, charged members of the on the need to work hard by delivering APC candidates with wide margin in the forthcoming elections.