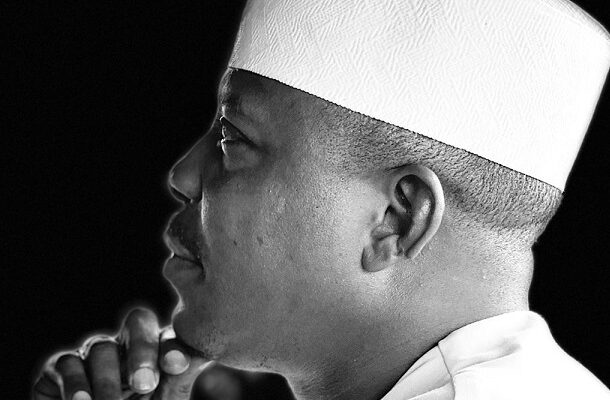 In a country humbled by terrorism, subjugated by people with little or no sense of right and wrong and ruined by greedy few, it does not only take advocacy and social actions to conserve the entire value system of such country, it takes more.

It must be genuinely admitted that for any country to make great strides, two things are needed, one is good governance championed by people in leadership position and the other which although appears a little less, but powerful is advocacy advanced by Reformers.

In 1983 when “Africa’s Che Guevara”, Thomas Sankara birthed “Land of incorruptible” which led to the rebirth of Burkina Faso, he was judged wrongly by international communities and a few foes within the gate and subsequently assassinated by “gods whose conscience are dead.”

He was overthrown and killed by Blaise Campaore who would later subvert Sankara’s visionary and creative policies- dragging Burkina Faso once again into the mud.

During Sankara’s few years as the leader of his country, he reduced his salary to 450 USD per month, sold off expensive official cars, spoke against neocolonialism, built the first supermarket in Burkina Faso, composed the national anthem and fought corruption to a standstill.

Sankara was not only a voice or “An Activist” as we all know today but also an active military and political leader whose ground breaking records have become reference point to many great leaders all over the world.

Just like Thomas Sankara, the journey of Austin Usman Okai into political space has begun.

Our loyalty as good citizens of this nation is not to corrupt politicians and mediocres but to those who are ‘Pure in heart.’ At a time when oppression has become the benchmark of governance in Nigeria, Austin Usman Okai is not only the right choice for Dekina/Bassa people but also a harbinger that will herald the birth of a prosperous and united people and a visionary leader that can rekindle the hope of both the young and old.

For the past few years, we have had leadership failure with dire consequences in Kogi East and the entire state in general. We have had cases of political leaders eating fat and milking public treasury at the expense of the masses, traditional rulers endorsing the ploy of corrupt politicians, sycophants peddling deception and fairy tales for a morsel of bread and thugs endangering their lives for peanuts. The good citizens of Nigeria and Kogi in particular have consequently become the prey of sour political practices.

We must as a people, united in common goal, strive to put the right peg in the right hole in the forth coming primary and general elections. We must be intentional to create a peaceful and united society where prosperity, peace and good governance blossom.

The people of Dekina/Bassa are civil and friendly people with great penchant for progress. Their peaceful nature and willingness to always unite for one common purpose undisputedly make them a leading light in the nation. Their green and rich soil, mild and gracious weather, serene environment, plain topography and other rich natural deposits make the region one of the most enviable geographical region in Nigeria.

The great people of Dekina/Bassa federal constituency have almost all it takes to make a ‘Mighty oak from little acorns grow’ but bad leadership has over the years derailed the region.

Although Usman Okai had not held any elective position before now, he had on all counts represented the good people of his constituency in lawful advocacy and also without doubts assisted the state to progress with the little he has.

As an appointee of UNESC and recipients of many numerous awards, he will be committed to replicate more of his selfless service at the national assembly to represent the poor, rich, small, great, men, women and the entire people of Dekina/Bassa federal constituency.

Usman Okai may not be as perfect as the color and beauty of the morning Sun, but surely, he was the shelter that shield the oppressed in Nigeria and Kogi in particular during their witching hour.

– Jeremiah Abutu, a writer and newspaper columnist, writes from Akure.