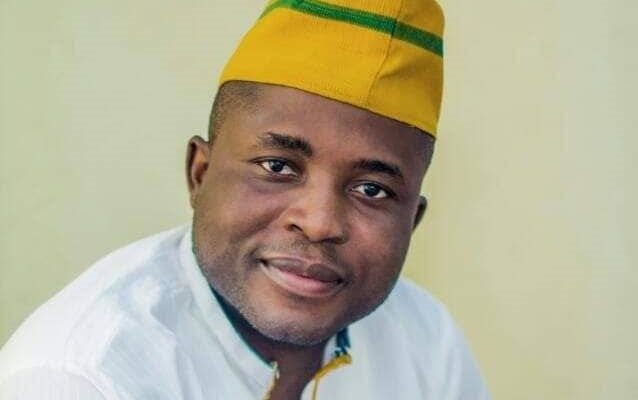 My journey into the mainstream political terrain began in 2014 when my late boss, Prince Adoja Abubakar Audu, while in Jos, requested me to join his campaign team to rescue Kogi state from the pain and penury our people were going through then, in order to lay a foundation for we the younger generation to take over. While I served as his media handler, it wasn’t long that we were cruising to victory when the hand of death snatched him away.

Asiwaju Bola Ahmed Tinubu played a key role in the emergence of my principal. And even after his demise, I had the privilege of working closely with his Deputy (Hon. James Faleke) whom by doctrine of necessity, should have completed the election, but for the powers that be. Hon Faleke who is a political son to B.A.T, cannot deny the fact that the Kogi State Liberation Group, where I served as National Chairman did not stand with him, all through the trying moments, up to the supreme court. We dared the status quo until we gave in to fate.

My albatross against B.A.T’s Presidential intent is premised on two issues. Firstly, I haven’t seen where a Kingmaker becomes a King. That is backward movement and we do not intend this to be a reality as it will have a negative toll on our national life. Secondly, he has shown that becoming the President is a birthright and not based on the people’s choice. This, to me, has downplayed the understanding of the present day Masses, whose body language is tilting to an era, where they desire something different from the normal. Finally, his silence during the #EndSARS revolution that led to wanton killings, is one atrocity, too many. Nigerians will respond during the campaigns that will amount to massive protest votes against him in February 2023, God sparing our lives.

As the National Youth Leader of Middle Belt Groups in Nigeria, and the then President, Middle Belt Liberation Group, I mobilized more that a hundred thousand youths to vote Atiku Abubakar in 2019, irrespective of his actions in 2015 that led to the defeat of my political mentor, H. E Dr Goodluck Jonathan, the then President. My reason was that one must choose a lesser devil, when it mattered most. He was a better Candidate and the support he got was unwavering. I remembered waiting to see him at his Abuja home for hours, alongside other Campaign Groups. This was because at that time, he was the man of the moment. Even though he was rigged out, posterity will attest to the fact that we did our best for him. All these happened prior to my governorship intent in Kogi state in 2019 which saw me emerged as not just the youngest, but was privileged to be amongst the 3 chosen by the elders from a pool of aspirants.

My ache against Atiku Abubakar is that he has shown a dangerous sign, the incumbent President exhibited, when we cautioned Nigerians in 2014, but it fell on deaf ears. The sign of desperation which saw him moved against the ethics of his political party, placing his personal ambition above that of his Constituent, is a sign that he can go any length, just to be President and for me, that sign will not augur well for us as a people. The adage that has been ascribed to him as the unifier has been tested over time and proved to be a fallacy. This attribute of unifying people is only evident when the situation favors him. His antecedence from 2014 till date, shows how inconsistent he has been on this path of destiny. Finally, he lacks understanding of the times and where the Masses are tilting towards. We shall respond, not with arms, but our weapon of election which is through the ballot.

Here is a man who has shown consistency in character, charisma and competence. Though he has his flaws like any of us humans. But in this dispensation of grace, he stands out amongst the 3 main contending Candidates. He fits perfectly into my long term dream for our dear nation Nigeria, where I declared on April 19, 2009 before an audience of about 1,500 people in Jos, Nigeria. I told the world that I foresee a time in the nearest future, when leadership positions will not be determined by parochial party system nor ethnic sentiment, but by the content of one’s character, and what the individual can deliver. Mr. Peter Obi, is about to make history, and we all can make it happen.

He has become the subject of discussion even amongst his other two main contenders. This is no surprise to me, because it is only a ripe fruit that attracts stones. Dr. Peter Gregory Obi’s Presidency is an idea, whose time has come. Watch out for a campaign season that will be issue based. A campaign era where ordinary Nigerians will take to the streets and market places, effortlessly championing this just course, without demanding for ‘shishi’. Do not be left behind. Be part of history, so our unborn children will be proud of us.