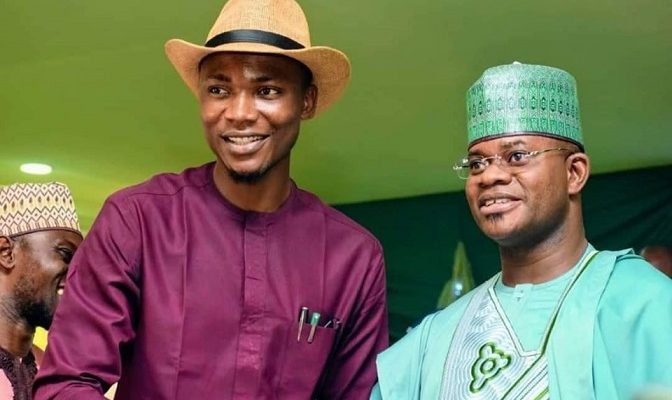 Senior Special Assistant to the Governor of Kogi State on Grassroots Sensitization, Tade Oshaloto, has expressed confidence in the APC presidential campaign council to work for the victory of the party in 2023.

Oshaloto made this know while reacting to the appointment of Governor Yahaya Bello as the national youth coordinator of the campaign council in Lokoja.

According to him, Gov. Bello has a bankable reputation of quality relationship with Nigerian youths.

“Governor Yahaya Bello’s record as youths and women mobilizer leaves no one in doubt that the most critical demographic of the country’s electoral minefield is as good as taken,” he said.

Oshaloto noted that in appointing the governor, the campaign council has shown readiness for a decisive victory in the forthcoming presidential election.

“Governor Yahaya Bello will not only yield massive and measurable acceptance and support to Asiwaju’s presidential bid, and by extension our great party the All Progressives Congress, he will also help to moderate and stabilize the polity by the way and manner he’s going to carry on with decorous electioneering consultations, campaigns and mobilizations. Trust me, this will serve as a patriotic example to politicians across board,” he added.

He assured Governor Bello of the readiness of youths across party lines in Yagbaland to join his train as he goes about his task after the ban on open campaign is lifted by INEC on the 28th of September.