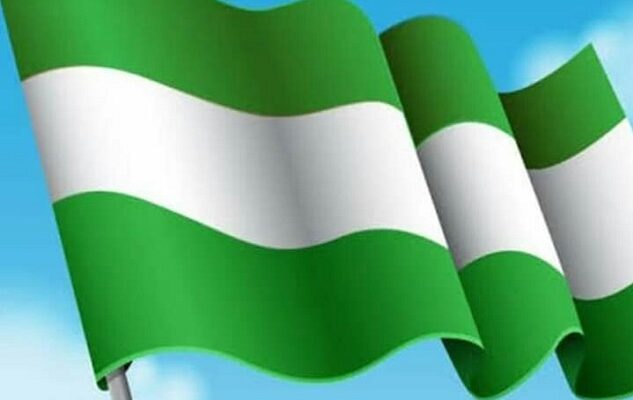 I had a recent thought provoking chat over career and some topical national issues with a respected Nigerian military veteran and role model who is now based abroad. The conversation was sparked by a Whatsapp status update of mine which he considered ‘offensive’ for being tantamount to pro-government endorsement and insensitive to the plight of the masses.

At the end of the conversation, I had to reconsider my stance on certain issues and kept pondering on the state of the nation which informed the instant piece.

The following day, we were reciting the National Prayer, the second stanza of the National Anthem at a public function and I could not stop pondering on the last line, “to build a nation where peace and justice shall reign”

I reckon that the aspiration to build a nation where peace and justice shall reign is a noble one which in my view has remained a mirage since attainment of political independence in 1960. To start with, there is an undeniable relationship between peace and justice in a journey to nationhood. The fact remains that there can be no peace if the people are deprived of justice, fair play and humane treatment. At the same time, justice will be elusive in an atmosphere devoid of peace, bad governance and disregard for the rule of law.

By implication, it is difficult if not impossible to build a nation anchored on patriotism, commitment and sacrifice where the citizens are denied of good governance, security, peace, justice and enabling environment necessary to attain full potentials. A nation where citizens are treated like trash or less than human by leaders (rulers) can hardly expect unswerving loyalty, patriotism and sincere commitment to the cause of nation building. It would be foolhardy to treat fellow citizens like animals and in turn expect them to be happy or maintain peace.

Regrettably, many people are not committed to the cause of nation building because they are probably not proud of the leadership or denied a sense of belonging in their own country. They do not own the country or the government. The governance structure seems to be hijacked by a few privileged people who are mismanaging the vast economic and other resources at the expense of the majority of over 200 million Nigerians. The privileged few are comfortably feasting on the national treasury while they expect the suffering majority to make do with whatever crumbs that fall from the table and at the same be patriotic suffering citizens.

From several years of cross-cultural studies and interaction with people of diverse economic, social and religious backgrounds across the country, I realize that many people are seriously suffocating and being gas lighted. Many people are suffering in silence and those that dare complain are often tagged dissidents, the wailing wailers, and oppositionswho must be silenced or crushed at all cost. The government is intolerant of criticisms even in the face of abysmal performance. The terrible state of the country could be measured from the spate of migration by all means and at all cost, mostly to Europe and America in search of greener pastures, better life and opportunities. The word ‘japa’ is most common among the youth and others who can afford to flee the country.

I think there is a general consensus that the country has not fared well in terms of leadership across all levels for many years, including the current administration. This is evident in the spate of insecurity, killings, kidnappings, abject poverty, joblessness, decay infrastructure, bad economic policies, inflation and comatose public education sector. For example, there is absolutely no justification for the ongoing Federal Government versus ASUU impasse, resulting in over seven months strike that has kept students of public university at home. It is becoming like a crime or aberration to attend public university in Nigeria if one’s parents cannot afford private university or abroad. It is highly scandalous and I know not of any country either in Africa or in developed climes where universities are shut down for months every now and then due to government’s lack of commitment to funding of education sector. Amidst these myriad challenges, It would be difficult to expect unwavering loyalty and commitment to nation building from a set of people who have been victimized and let down by their own country.

I agree that there is no justification for crime and criminalities. However, how do you expect the youth population who are supposed to be busy in schools remain at home either jobless or on strike. It is very unfair and frustrating, especially for those of who had the unpleasant taste of instances of ASUU strike while in the University. I hear some people lament and vow never to return if they are given opportunity to migrate outside the shores of this country. The government is aware and nobody seems to be bordered by the number of doctors and other medical professionals who leaving the country in droves in search of greener pastures.