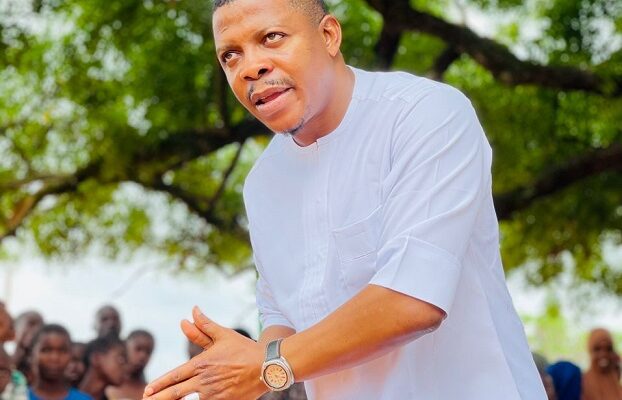 A public affairs commentator and a contemporary reporter, Sani Michael Omakoji, has described the recent ‘thank you’ tour embarked upon by the House of Reps candidate of Peoples Democratic Party (PDP) for Dekina/Bassa federal constituency, Usman Austin Okai as “a triumphant entry of an Eagle”.

Omakoji made the observation while highlighting Okai’s activities during the visit in a statement made available to journalists in Abuja.

In a painstaking report, Sani Michael Omakoji noted that Okai’s tour to some towns and villages in Dekina and Bassa local government areas could best be described as a carnival.

“Though, the ‘thank you’ tour, according to Comrade Usman Austin Okai Cna, was meant to be behind closed doors to say ‘thank you distinguished delegates for entrusting your mandate into my person, for Dekina / Bassa Federal Constituency – 2023 election year’, but the visit turned out to be a solidarity carnival, confirmation of mandate, cross – carpeting and show of love from not just the delegates but lovers of Okai in those areas.

“For example, at Abocho in Dekina local government area, it was a show of love and solidarity as men and women gathered in clusters along the road to receive the person of Usman Austin Okai.

“Also at Ate Iji in Anyigba, same Dekina Local Government Area, Okai was welcomed by hundreds of the Peoples Democratic Party (PDP) faithfuls and lovers of Okai where many decampees from All Progressive Congress (APC) burnt their brooms and tore their membership cards to succumb to Okai’s political tsunami that has seen many decamped to PDP.

“Similarly, at Ojikpadala in Dekina Local Government Area, the situation was not a different narration as both men and women, younh and old alike were seen singing and calling Okai names like: “Akpabana” (Thunder), “Iduh Ogecha” (the real Lion), “Ukomu Améñale” (The Voice of the Downtrodden), “Énékélé Unédó” (the fearless one) among others.

“In what seemed to be an advanced reception, it was an unbelievable experience at Ulaja Central Polling Unit in Iyale Ward as thousands of Okai’s admirers rolled out drums with scintillating ‘Igala Chabada dance’, singing “Okai is our sure bet”, “Okai, our hero”, “Okai our voice” etc.” he said.

Omakoji narrated that at Oguma, the headquarters of Bassa local government area and also at Kpachi where Okai had to stop over, the reception was electrifying and heart warming as the people rolled drums to welcome Okai to the land in their own special way.

“In all of these places visited, Okai’s messages to the delegates and their wards were simple as he repeatedly said, “I am overwhelmed with your show of love even though the visit was meant for behind close door with delegates”.

“The same way I fought for the civil servants when they were victimized, same way, I will fight for you. The energy I combined with other Nigerians to make sure the new electoral act for 2022 was signed into law, the same energy I shall deplore to fight for my constituency to get what is truly theirs”.