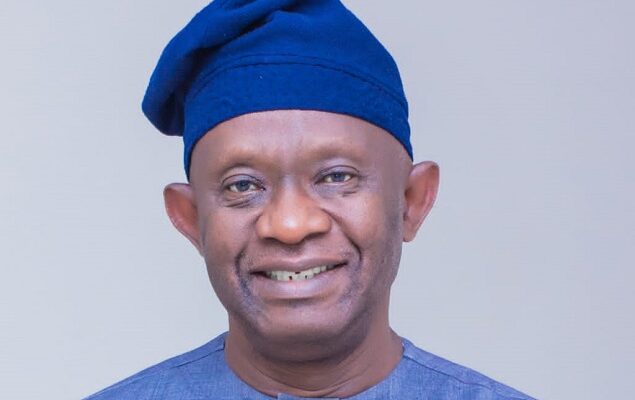 A group of aggrieved members of the ruling All Progressive Congress (APC) in Kogi West Senatorial District of the state have withdrawn their support for the party’s senatorial candidate, Hon Sunday Karimi.

The Coordinator of the APC Patriotic Support Group, Hon Danladi Abubakar Musa, while speaking with this reporter on the forthcoming 2023 elections in the state, said Hon Sunday Karimi is not a good candidate for the party in Lokoja/Kogi(Koton Karfe) Federal Constituency because he is an erroneous choice made by the APC.

According to him, “Karimi does not in any way enjoy the support of our people because of his high level of arrogance and pomposity.”

Hon Danladi Musa regretted that Karimi has already fenced himself out of the reach of the people, the electorate.

“Going by our joint assessment of his political structure and antecedents, he is widely known to be a very proud, arrogant and egocentric person who does not allow electorate access to him even when he was in the House of Representatives for eight years.

“Karimi hardly can point at having any cordial relationship with most of the key political actors in Lokoja/Koto Federal Constituency, especially those from his party the APC. He is a person who only believes that with his money he can buy his way to the Red chambers of the national assembly without due diligence and regards for the electorates.

“Countless times a number of politicians from Lokoja Koto federal Constituency have tried to find an amicable way of establishing direct communication and link with him without success. How then can we as progressive people entrust our mandate in the hands of such a selfish and self-centered man?

“To make matter worse for himself Hon Sunday Karimi, he has continually been parading a serial liar, Sanjo Orebiyi, a man with questionable character as his Chief of Staff.

“The character in question, Sanjo, is popularly known in Lokoja and its environ for his ability to tell multiple lies within few seconds. He is known for his deceitfulness to the extent that those who have little sympathy for Hon Sunday Karimi because of the APC ticket and Yagba Agenda are fast changing their minds just because of the dubious nature of Sanjo Orebiyi.

“Quite a number of the APC supporters and stalwarts in Lokoja Koto federal constituency have resolved to throw their support for Hon T.J Yusuf because he is being seen and considered as a more reliable, accessible and humble politician.

“Even those who do not have any desire to work against the interest of their party are seriously worried about Karimi as a candidate since he is not accessible at the moment how much more when he eventually made it to the national assembly,” he said.

The group stated that with the outlined attitude, political observers in the state believe are serious indications that his mandate would become an exercise in futility for the people.

“Again, feelers from his home federal constituency in Yagba indicated that he does not even enjoy the support of his people, especially those from his home town in Egbe, since majority of them believed that he is such an arrogant and proud politician.

“This is also coupled with the fact that he goes around with Sanjo Orebiyi, a man that many people says his words are often capitalized with lies and deceptions.”

According to the group, “it would be serious sin against the people if they go ahead to gather up their votes for such a personality, as doing so would only amount to colossal damages, waste of efforts and campaign strategy.”

The group concluded that going into the 2023 senatorial elections for Kogi West, the people of Lokoja Koto would rather prefer to trade their votes for the PDP candidate, Hon T.J Yusuf rather than waste it on Sunday Karimi who would obviously become a torn in their flesh if given the mandate.