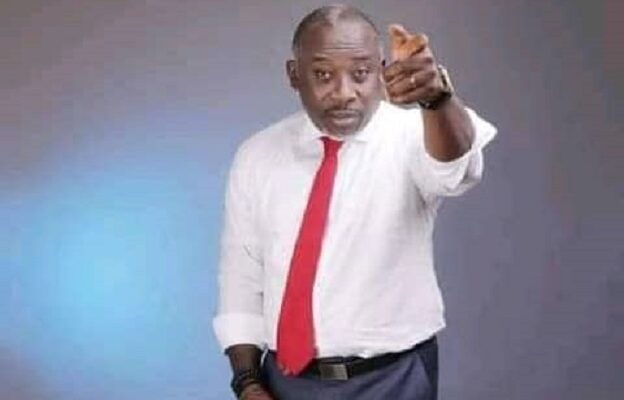 It is no longer news the anti-party activities of the Peoples Democratic Party (PDP) senatorial flag bearer for Kogi West and all of his deliberate sabotage efforts to jeopardize the party’s all round victory in the forth coming 2023 general elections.

The party’s senatorial flag bearer, Hon. Tajudeen Ayo Yusuf (Teejay) has before the party primaries aligned interest with some individuals in the party vying for various political offices, but however lost at the primary elections.

He, Hon. T J Yusuf also almost lost at the primaries but then, he won at a rerun (after a tie with Sen. Dino Melaye) owing to some peculiarities, circumstances and the last minute influence of the Kogi governor (HE. Yahaya Bello) who would do anything to oppose all political interest of Sen. Dino Melaye, the arc political enemy of the governor who was also the top contender with Hon. T J Yusuf.

Howbeit, Hon. T J Yusuf who is a third termer in the Federal House of Representatives, representing the good people of Kabba-Bunu/ Ijumu Federal Constituency managed to win the PDP Kogi West Senatorial ticket. However, it is worthy to establish and note that every of Hon. Tajudeen Ayo Yusuf’s (Tee Jay) preferred aspirants vying for other PDP tickets against the 2023 general elections lost at the party primaries – from his Presidential aspirant, HE. Governor Wike of Rivers State, to his preferred supposed successor and House of Representatives aspirant for Kabba-Bunu/ Ijumu, Architect Salman Idris, who already decamped from the PDP to be the flag bearer of the ADC in the coming election and also his House of Assembly aspirants across his constituency.

One may say that all of these factors and more are reasons for his recent anti party activities, by working with and for candidates of other political parties vying for different positions in the forth coming elections.

One would wonder why the recent anti party, anti people and sabotage efforts of Hon. T J Yusuf, knowing that Kogi West, especially Kabba-Bunu/ Ijumu has been a PDP territory since 1999 political year, the reasons are not far fetched as will be highlighted subsequently in this piece.

— The party Senatorial candidate for Kogi West Hon. T J Yusuf has not and is still not supporting the his party (PDP) Presidential candidate. Why?

Before the PDP presidential primaries, Hon. T J Yusuf was one of the front liners of the Wike’s Presidential ambition and a major benefactor Governor Wike’s financial gallivanting, since Wike has find it difficult to support the winner of the presidential primary (HE. Atiku Abubakar PDP Presidential candidate) even till this moment, in an attempt to prove loyalty to the Wike’s camp, Hon. T J Yusuf has also not been genuinely supportive to the PDP presidential campaigns. Some would jokingly say Hon. T J Yusuf is the controversial Governor Wike’s personal assistant, though very ridiculous it is however not far from what can be said to be the truth if one would judge by the recent activities of the duo.

The Kogi West PDP Senatorial ticket was indeed a tussle between the Atiku Abubakar and Gov. Wike’s camp, and the interests and differences are still very on and in play.

— The Governor Yahaya Bello’s (APC) factor; maybe in an attempt also to reciprocate the GYB’s contribution and influence in Hon. T J Yusuf’s victory over Sen. Dino Melaye during the PDP Kogi West Senatorial party primary (rerun), the PDP Senatorial candidate for Kogi West has undoubtedly become a Pro GYB and a good friend of the Kogi state APC family.

Hon. T J Yusuf was allegedly reported to have facilitated Governor Wike’s familiarization with Governor Yahaya Bello, the Gov. Wike’s visit to the Kogi state government house after the PDP party primaries that led to the Award presented to Governor Yahaya Bello of Kogi by the Rivers State Governor, HE. Wike.

All of these can only be interpreted as an anti PDP presidential candidate scheming and nothing more.

Lokoja/ Koto federal constituency, another critical factor to consider, this constituency houses the state capital (Lokoja) and produces the highest number of votes in every electoral year. The PDP would have been expected to harvest good percentage of the total votes from this constituency because of the high percentage of northern Nigerian electorates that are resident here, if we should go by the statistics of the 2015 and 2019 general elections, but then, the influence of the state government on the constituency especially in the state capital can’t be over emphasized. The state governor and his interest remains the highest level of authority and influence in this constituency and will also do everything humanly possible to deliver for the APC in the presidential and other elections too.

However, the recently leaked messages and audio recordings between Hon. T J Yusuf (the Kogi West Senatorial candidate of the PDP) and some some individuals, coupled with his recent engagements with the APC and ADC chieftains has proven that he is doing everything within his reach to sabotage all efforts that can aid PDP’s victory in the constituency.

The Kogi West PDP Senatorial candidate still did not support the party’s presidential candidate, Atiku Abubakar and still very much rooting for the ADC house of representatives candidate for Kabba-Bunu/ Ijumu federal constituency Architect Salman Idris, a former PDP member who decamped to the ADC after losing at the PDP party primaries.

this is the last but obviously not the least reason why PDP might lose Kogi West Senatorial seat.

If the people has given Hon. T J Yusuf the mandate to represent them at the lower chamber of the national assembly for 3 terms of 12 years all together because of their trust and support for the PDP as a party and Hon. T J Yusuf has because of some undue interest chosen to betray this trust by working against the people’s interest and the PDP as a party, will the people vote him in as Senator? I doubt if they will.

One would wonder if this is an attempt to aid his APC/ Kogi deputy governor ambition or an act of loyalty to his principal HE. Wike…

All of these analysis of the intra Kogi West political realities shows that the PDP is the most disadvantaged in the forth coming general elections, there was never any need for all of the deliberate sabotage efforts by the PDP Kogi West Senatorial candidate. The people’s interest and that of the party should be the interests to secure against all odds.

Hon. T J Yusuf’s anti-party activities and deliberate sabotage efforts to jeopardize the PDP all round victory in the coming election will not only make the PDP presidential candidate lose Kogi West or Kogi as a whole, it will also result to the PDP losing Kogi West Senatorial seat again, and it will be more painful if the PDP will have to lose to the anti people’s party APC.

We still believe in the peoples’ democratic party (PDP) as the best alternative for the country at all levels of governance, considering our current realities and pitiable condition as a nation. This hope for a better future shouldn’t be punctured for self aggrandizement, pride or ego boost for any individual or group of individuals.

I hope the party stakeholders and concerned authorities act accordingly on this subject matter before it becomes too late.

We’ll keep watching closely as we count down to the d day.

We also look forward to having free and fair elections.

At the end, the people’s will, will prevail.