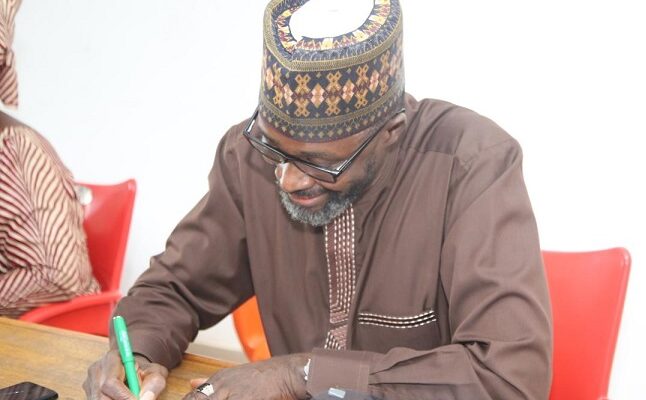 The Kogi State Ministry of Education has denied a report in a section of the media alleging protest over non release of BECE results of private schools in Ganaja.

A statement by the Mrs Mahmoud Modupe, Director Examination and Certification of the Ministry, said it has uploaded and released about 99% of the 2022 BECE results.

Mahmoud explained that no wards result was withheld by the Ministry of Education as results are usually released to the various schools directly.

While pointing out that the report of protest was imaginary and a figment of the imagination of the writer alongside his co sponsors, said the Ministry has within the last three years under Hon. Wemi Jones conducted its affairs seamlessly to the admiration of the people of the state and soncerned stakeholders of the Ministry without scandal or any noise.

While pointing out that if any school is unable to upload BECE result as released to the schools two months ago before resumption, such school she pointed out ought to have come to the Ministry for complain.

She stated that the Ministry has not received any of such complain.

The Director Exams pointed out that it has it on good authority that it has released all results to schools to be accessed using a using a code, wondered why it would single out schools in Ganaja as claimed by the writer for no just cause.

The Ministry official pointed out that it also has it on good authority that schools after releasing the BECE results may have choosing not to release the results to students for the fear of losing them to other schools for continue with SSS, said the process applied for the release of the BECE results is the same process that has been in place over the last few years even before the assumption of office by the present Commissioner.

The Director examination urged the schools if any that are yet to get there result to access the portal with the codes assigned to schools to come forward, described the use of protesting persons picture during the ASUU strike in Abuja to depict protest in Kogi as unprofessional and criminal, cautioned Journalists against misinformation, particularly for the Kogi State Ministry of Education, that has been rated to have stood out exceptionally in the last three years.

While pointing out that the Kogi State Ministry of Education under the leadership of Hon. Wemi Jones, has to it credit worked to ensure the establishment of CUSTECH, GYB Model Science Secondary Schools, the massive turnaround in all tertiary institutions in the State, the ensuring that the State since creation now have an Educational Law and several achievements as envisioned by Gov. Yahaya Bello would stoop so low to withhold BECE results.

The Director Examination said the process of release of BECE results is clear, used the medium to disclosed that the Ministry of Education, Science and Technology would continue to work towards ensuring that the vision of Gov. Yahaya Bello who in the last three years has made budgetary provision far and above the UNESCO allocation for education, a feat aimed at repositioning the education sector is achieved.

Similarly, the Director Examination said from available reports, there was no protest whatsoever by parents of private Secondary Schools students in Ganaja village who took to the streets to demand for the release of 2022 BECE results of their wards withheld by the Ministry of Education, described the allegation as fake news, pointing out that the Ministry has no result it has withheld, insisting that all results have been uploaded into the server two months after the announcing the released of results for the secondary schools across the state.

The Director Examination explained that under the leadership of Hon. Wemi Jones, it is on record that there has been a new attitude for the ministry’s official under Hon. Wemi Jones who have made service delivery a topmost priority.

The Director Examination explained that she is also happy that the author of the misleading write up also buttressed the fact that Gov. Yahaya Bello is a lover of qualitative and affordable education, a pointer to the fact that he is only out to smear the good works of the education commissioner and the Ministry officials, urged the general public to discountenance the report as so published in a particular section of the media to paint the Ministry of Education bad for no just cause.

She concluded by assuring that the Kogi State Ministry of Education would continue to remain service oriented to the people as envisioned by the Education friendly Gov. Yahaya Bello who has remained unprecedented in repositioning the education sector since the creation of the State.

Spread the love
Tweet
Previous PostWhat Exactly is Inside a Chocolate Bar, by the Way? Next Post2023 Presidency: No Hope for Tinubu, Atiku - Kogi Obidient Coordinator