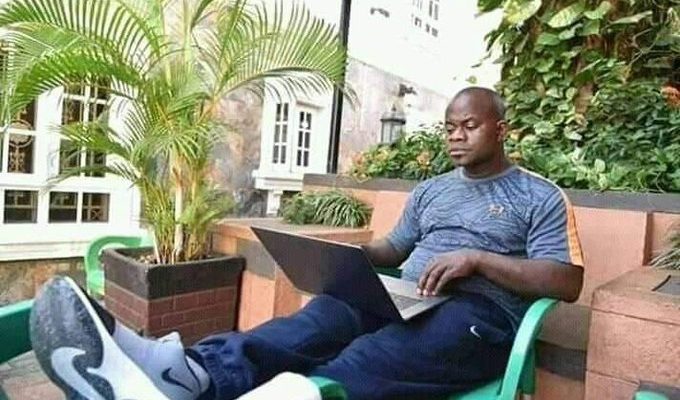 In corporate parlance, only a thin line differentiates an absentee leader, from an absent leader. The two can overlap. While the former describes lack of capacity and overdependence on subordinates for the tasks at hand, the later refers to one who oftentimes stay away from his duty post. When and wherever the twin maladies afflict an organization, such will be imperilled to free failure.

As it is in business or corporate organizations, so it is in politics and governance. Beyond the razzmatazz of official perquisites, a public officer is expected to exercise reasonable discretion and tact in the discharge of the mandate, he holds in trust for the masses.

The Kogi State Governor, Alhaji Yahaya Adoiza Bello is a man with impressionable credentials. Young, persuasive, confident (almost defiant) and with a commendable media attention. Of course, he is wealthy, powerful and ambitious. In fact, to put it bluntly, he has swagger! But a look at his trajectories in the State exposes him to the charge of absenteeism and absent leadership. That is, crash incompetence and nonchalance.

Bello’s love for outside his state, is only comparable to the first century Roman tyrant and Christians’ persecutor, Emperor Nero who “fiddled” away on a journey while the great fire of 64AD razed Rome.

In the night of Sunday, 12th Sept through the wee hours of Monday when gunmen killed five soldiers, a civilian and set free 240 prisoners from a Correctional facility, in Kabba town, headquarter of Kabba-Bunu Local Government Area, the Governor was nowhere to be seen in the State.

It is shocking that he has not found time or considered it necessary to visit the state, since then, at the time of this report. Like the proverbial cockerel which will never be home, whenever a bad thing happens, Bello has a reputation of alibi, not been home whenever a disaster occurred in his state.

There are several antecedents.

On June 4th, 2020 when gunmen attacked a bank and police station in Isanlu, headquarter of Yagba East LGA, killing 12, the Governor was not at home.

On July 23rd the same year when they struck at Agbudu village in Kotonkarffe area, killing 14 and fatally wounding six people, Bello was not in Kogi.

Very early that year on January 2nd, when gunmen killed more than 20 people, burnt the palace, a church, mosque and other houses in Tawari village of Kogi LGA, the Governor was not at home.

Worse of all, he has not visited any of the scenes of crime, in a rare display of “I don’t care attitude.”

Bello hardly stays at his duty post. Yes, as Chief Executive of a state, he is not compelled to remain at home, always. The demand of his office can and should sometimes take him out of the State. But, a Governor who spends far more time outside his state, leaves much to be desired.

Bello’s unequalled record and notoriety for absconding has earned him a new title, “Visiting Governor.” He was slightly better in his lowly rated first tenure. He became a total truant from the start of his rascally second term.

To be sure, he was inaugurated on 27th January 2020. But barely three months after, his Presidential campaign posters flooded Lokoja. By early April, his media handlers had started responding to enquires about a presidential ambition. Although he denied and disowned the posters at the time, subsequent events have revealed the truth.

Suffice to say that since those posters appeared on the streets of the State capital, the Governor has directed every energy and resource to the prosecution of the Presidential ambition, at the detriment of the Kogi people. He professes more nationalistic opinions on issues, dabbles more into federal matters and locomote about.

He seems to get worse per time, going by his itinerary in the last few months. This writer can authoritatively assert that in the last six months, Bello has stayed less than a quarter of the period, inside Kogi, his primary area of jurisdiction. Instead, he hibernates in Abuja, where his commissioners and other aides regularly visit, for files that may require his attention.

Bello did not spend 24 hours in Kogi in the month of April. He left for Abuja on the first day of that month, popularly called April fool. He did not visit Kogi until 3rd May. He attended EXCO meeting on the 5th and departed for Abuja on the 8th after giving audience to the Rector of Kogi State Polytechnic, Dr. Usman Ogbo. He returned for few more functions including wedding of the daughter of House of Assembly Speaker, Mathew Kolawole. Bello was in Kogi from 31st May to 2nd June. After EXCO meeting that day, he went back to Abuja. He would only return to Kogi for his birthday celebration. That was 16th to 19th. Once done with the Natal day bash, he left for Abuja and was not to be seen again in Kogi for the next 30 days, until the Sallah festival of 19th-20th July, which he observed at his country home in Okene. On that visit, he did not make a stop in Lokoja at all. He passed through on the 21st on his return journey to the FCT, where he remained for another month.

As their Governor continues with his quest for the Villa, the poor Kogi masses hang at the receiving end of that ambition. With their Governor working from Abuja, things remain sluggish at home. But the question on the minds of the traumatised populace is with which credentials does Bello hope to govern Nigeria? Yet, the only venture that makes sense to the occupiers of Lugard House, is the GYB to PYB script.