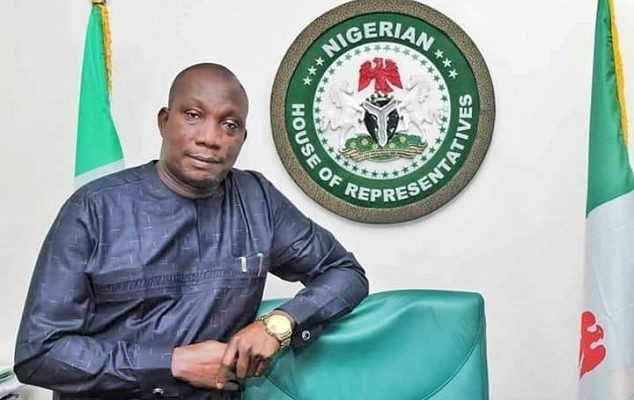 Member representing Idah/Ibaji/Igalamela-Odolu/Ofu Federal Constituency in the House of Representatives, Hon. David Idris Zacharias has been disqualified from contesting the party’s primary election by the screening panel of the All Progressives Congress (APC)

A source in the national secretariat of the party confirmed that the lawmaker was knocked out following a petition that the certificates he presented before contesting election in 2019 were forged with different names at different times.

A member of APC in Ibaji LGA had petitioned the screening committee, accusing Zacharias of using different names and forged credentials.

He was also accused of submitting false documents to the Independent National Electoral Commission (INEC) in 2019.

“I am a member of the All Progressives Congress (APC) in Ibaji Local Government Area of Kogi State, a dedicated and committed financier of the party and a lover of my great party, the APC.

“I write to draw your attention as a concerned member of our great party to the dangers that awaits our great party in the forthcoming 2023 general election should the alleged re-election bid of Hon. David Idns Zacharias, the incumbent House of Representatives member for Idah/ Igalamela/ Ofu/ Ibaji Federal Constituency in the 9th National Assembly be considered, accepted, endorsed, or authorized for the forthcoming primary elections of the All Progressives Congress (APC) in preparation for the forthcoming 2023 general elections.

“My concern is borne out of the challenges the present House of Representatives member in the person of Hon. David Idris Zacharias who won under the platform of our party in 2019 is faced with.

“A careful look at the INEC Form CF001 submitted to the Independent National Electoral Commission by Hon. David Zacharias used in contesting for elections in 2019 under the platform of our party, the documents accompanying the said form was grossly defective as it contained false information.

“This could lead to the disqualification of our party if he emerges the flag bearer of our party in the forthcoming election and the said document is already in public domain and from very reliable sources it is also in the possession of some members of the opposition party waiting to use it in making sure our party does not field a candidate in 2023 as was previously seen in Bayelsa State and Zamfara State.”

According to the petitioner, it has been decided that the INEC Form CF001 is a form of an oath/affidavit, and a misrepresentation of any fact thereon amounts to a ground for disqualification under the laws of the Federation of Nigeria.

“By virtue of the provision of section 66 (1) (i) of the Constitution of the Federal Republic of Nigeria 1999 (as amended). The said provision will be reproduced below for ease of reference.

“66. (1) No person shall be qualified for election to the senate or the House of Representatives if he is found to be fraudulent.”

The petitioner recalled the recent case of Degi-Eremienyo in Bayelsa State which led to APC losing its hard earned victory to the opposition in similar issue Justice Ejembi Eko in that judgement held that: “it is clearly fraudulent for one person to allegedly bear several names that he uses variously, chameleonicaily to suit the changing environment”

“The above listed names was used variously, chameleonically to suit the changing environment contrary to Section 31(5) & (6) of the Electoral Act, 2010 (as amended) read along with Section 66(1)(1) of the 1999 Constitution of the Federal Republic of Nigeria

“David Zakarias in his senior school certificate result issued in 2009, state of origin certificate and statutory declaration of age in a High Court in the Federal Capital Territory, Abuja. Drisu Zekeri in his certificate of primary education issued by the Benue State Government.

“His alleged brother, Enojo Oguche, who bears no similarities in name, in a statutory declaration of age purportedly made at FCT High Court of Justice, gave him a completely different name – David Zakarias.”

The panel, it was gathered, in its decision disqualified the lawmaker.