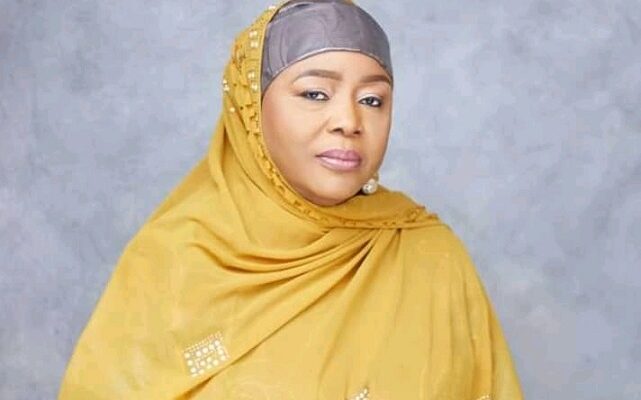 Many Nigerians today do not really understand what the Federal Character Commission (FCC) was created for because of the high level of ignorance that pervades the land. Many today are of the opinion that the commission is the bank of employment that is responsible for doling out jobs to individuals at its own whims.

These seeming impressions are not correct as the Federal Character Commission is empowered by law to monitor and ensure recruitments by government offices follows the laws and laid down processes and also maintain spread across the states, zonal and local government areas across the federation.

Today, the commission as an ombudsman which is being reform in tandem with the mandates given to it by the President. The FCC has hitherto been used because of the ignorance of many job rackeetering tool to further the nest of a few highly placed officials to the detriment of Nigerians.

Today, there are changes going on at the commission brought about by it’s elegant chief change agent, Dr Muheeba Dankaka who was mandated by the President to reform the commission so that it can serve it’s constitutional mandates.

Recruitments into government offices are today normally and duly advertised in at least two national newspapers giving qualified Nigerians at least also six weeks to apply. For example, when recently some agency of governments were found to have embarked on secretive and selective employments, the federal character commission wasted no time in investigating these impunity and alleged breeches and those found wanting for this impunity are immediately sanctioned. This is because that recruitments violated the rights of all Nigerians as enshrined in the 1999 constitution(as amended),as it did not follow the federal principles for employments by government agencies, ministries, department and public institutions.

We should also remember that with the new reform by the chairman, Muheeba Dankaka, the economic power and system would not be allowed to be operated in such a manner that would allow the concentration of wealth or means of production and exchange to be in the hands of few individuals or groups such as the POLITICALLY and economically connected and their children to the detriment of all Nigerians.

She has ably done this through the reform agenda which has now centralised the monitoring and enforcement units at the commission’s headquarters at Abuja. The unit is not a toothless bulldog as it is vigorously enforcing this laws without hindrance.

Since attaining independence in 1960, Nigeria has encountered and experienced recurrent tensions due to the severe horizontal inequalities that exists between different regions and ethnic groups. After the end of the Biafran civil wars consecutive regimes embarked on a series of reforms initiatives intended to address the sensitive nature and issues of inequality and ethnic dominations.

Today, while the federal character commission has raised hopes of addressing any horizontal imbalances in the civil service which many agrees a significant progress has been made because of the Muheeba Dankaka’s reform initiatives in this regard, many of this reforms are still needed to strengthen the enforcement arm of the agency.

It is also pertinent to point at this glorious rebirth of the commission under the amazonic chairman that it is not yet Uhuru as the commission is also plagued by legal and administrative constraints which she urgently needs to address through the National Assembly to strengthen it. For example, staffs and Management’s of agency found guilty of racketeering or selling of jobs, what is their maximum punishment when prosecuted and found guilty by our courts?.

Some of the constraints that needed being address is the issue of the commission’s underfundings and political independence as this need to be urgently addressed so that the FCC would gain totally legitimacy and the power needed to fulfilling it’s mandates.

Thank God that the chairman has not hidden from the fact that the Federal Character principles is easily one of the most contentious and debated constitutional innovations introduced to manage and curtail horizontal inequalities in the political-administrative spheres of our country.

She must be commended for using the affirmative action policy, popularly called quota system, to provide the basis of payments and job distributions in government, public service, and educational institutions, etc. This has contributed immensely to resolving and mitigating nagging National problems of misrepresentations.

Some of the reforms carried out by the reformist chairman of the federal character commission are:

* Makes sure that states and local government also reflects their diversity within their areas of authority.

*Establish committees to monitor recruitments in all agencies of governments.

*Develops a distribution formular that is strictly based on geographical zones, states, local government and electoral wards rather than ethnicity, religion and demography.

*Publishing of the data of employment and make sure it is always complete for public scrutiny.

*Makes sure that the ministries, departments and agencies (MDAs) don’t circumvent the rules by falsifying their nominal roles.

*Make sure that the integrated nominal payroll and personnel information,(IPPS)system used by the federal government which offers the best hope of knowing the actual data of personnel of agencies are used in gathering data.

*Embarking on a data collection exercise to map existing government provisions across the country.

*Implementing a technocratic formular for ensuring equity in distribution of jobs.

Finally, the federal character commission do not partakes in employment as it has never been mandated to do so by its laws, it is today brushing up its image with regards to how the institution itself respects federal character and that it’s notable concerns with the corruption tendencies of the past years to root it out completely to clear the way for a more powerful FCC to redress public services imbalances through oversights and controls. This would in the long run control and mitigate the issue of job racketeering which many crooked few used the name of the commission to derive additional rents.