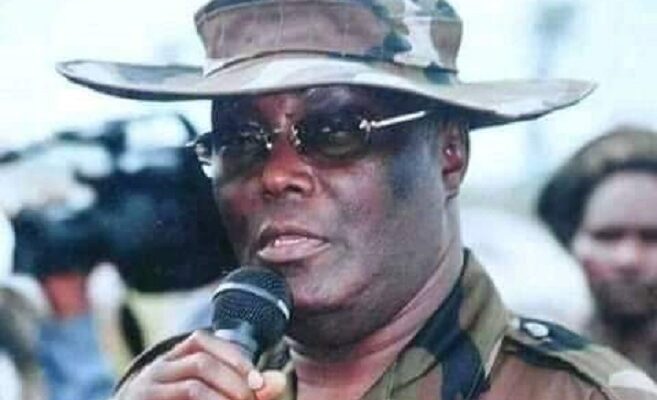 The presidential candidate of the Peoples Democratic Party (PDP), Alhaji Atiku Abubakar has been identified as the only candidate that can can clamp down on insurgents without it snowballing into civil war.

A clergy and political analyst in Kogi State, Pastor Stanley Ajileye made this known in a conference chat with with journalist in the state on Sunday.

Ajileye said Nigeria is a volatile nation, whose ethno-religious sensitivity is high; and as such, the nation needs a nationalist of the fulani extraction to deal decisively with the national question on insurgency.

Any other candidate that wins will not do much more than just being at the mercy of the bandit.

“We have a situation at hand which must be solved with tact,” he said.

Ajileye said, “none of the presidential candidates will condone these bandits, because, their mission is to undermine any government of this nation.

“But the only person who can confront them is Atiku.

“If Obi or Tinubu wages war against them, it will be considered as ethnic cleansing which may result in civil war.”

He recalled how the coup of 1966 led by an Igbo officer was interpreted ethnically, and the counter coup that came six months after, also was looked at, in ethnic colouration which eventual led to civil war.

He said, “that was why in 1983, when another coup came, against the civilian regime of Shagari, a fulani, the Nigerian Army were careful not to make Gen. Idiagbon Head of State, despite the fact that, he was the most senior officer.

“It was realized that, if a yoruba man becomes head of state, the coup will be misinterpreted to mean a phase of another ethnic agenda which may ignite another war.

“So, Buhari, a fulani was brought in to make it look like fulani against fulani.

“As it is today, Atiku is the only one that can wage war against the bandit without it becoming civil war.”