Home News The Blood You and Makama Shed for Ex-Gov. Idris Will Fight You to The Ground – Onoja Tells Ikani Okolo

The Blood You and Makama Shed for Ex-Gov. Idris Will Fight You to The Ground – Onoja Tells Ikani Okolo

In a heated exchange of word on social media yesterday, Onoja and Ikani Okolo accused each other of engaging in political violence.

Onoja told the rep member that the “blood in your hands and Makama (Elder Friday Sani, member representing Igalamela-Odolu in Kogi State House of Assembly) on eliminations you did for Ibro (former Governor Ibrahim Idris) will fight you to the ground.”

The controversy started when the House of Reps member posted on his Facebook wall that a suspected political thug, Abdul Madigba has been arrested by police officers but two persons mentioned as his sponsors are at the police station rooting for his release.

“While on transit to Lokoja, Abdul Madigba who was arrested this morning made valid confessions to Rilwan Okobor Mudi by calling the names of their sponsors and the promises made to them. Right now, two of the people he mentioned are at the police station rooting for his release. With the weighty evidence against him and his gang we are watching. More so, the political traditional ruler was on call with Abdul Madigba most part of the trip to Lokoja,” he said.

In a swift response, Comrade Peter Ocheni, a staunch supporter of Onoja, posted a picture showing Ikani Okolo and the alleged thug posing for a photograph sometime in 2015. He accused Ikani Okolo of using and dumping his loyalists.

“Benjamin Ikani Okolo, can you deny this picture? This is Abdul Ojimadigba during the 2015 election in a group photograph with you and Idoko Ododo (a state lawmaker). Stop deceiving our people, you can’t use them dump them. Your deceit is no more hidden!,” he challenged Ikani.

Ikani responded that he only empowered Abdul to start business but he has been turned into a thug by his new paymasters.

“I like all and sundry to trace my rejoinder to any statement as to whether or not I know Abdul. He was in APC and supported me and all the party’s candidates. I empowered Abdul to start up business but he was deceived into this unholy activities of thuggery. Look at the way he was dressed and imagine what your principals have turned him to be today. I refine human beings. I have records of everything I did for them,” Ikani responded.

However, Ocheni’s picture degenerated into a fiasco as both Ikani and Onoja stormed the thread to exchange tirades.

Onoja fired the first salvo accusing Ikani of being a chronic incurable ingrate.

“The man is just a chronic incurable ingrate. With a heart full of bile. All those who worked, supported and risk their lives and resources for his sake are his worst enemies. What kind of a heartless person is that?

“Enema Paul, come here and see this unrepentant ingrate. Always thinking it is him or nobody else. Edward and weapons and thuggery are poles apart. You don’t just procure. You carry yourself yesterday, today and into the future. Wouldn’t you grow up at least for once. Must is it be you always. Can’t you mentor people and create new leaders. Are you the only one from Dekina? You just don’t get it.

“You are a know thug and agbero. You still indulge in it. The same people who worked for you are now candidates for arrest and death. Not in Kogi- You and your co Travellers Makama and Divisional Chairman don’t even know what’s coming. We follow the law. We are not outlaws. And your juju men should tell you better. It’s up for you. Dirty shrine boy turned shrine man. You look yourself in the mirror. You stink of blood and those blood will fight you dirty. Obochi oche.

“See how fetish you can be. Drop corps in your gate. The blood in your hands and Makama on eliminations you did for Ibro (former Governor Ibrahim Idris) will fight you to the ground. And it’s already doing it. You run from Church to Church and you can’t stay away from Shrines even up to Igbo land. Those things can’t help you now. They have their expiry dates. The ancestors will hunt all those who must first shed blood to attain power. Benjamin Ikani Okolo. I say it here without ambiguity that between you and I whoever is clean with the Living God and whose hands are not soaked in blood should triumph. And anyone guilty of diabolical activities and bloodshed be disgraced on the Igala Soil in Jesus Mighty Name. Amen. I dare you to say an Amen to this simple prayer. I dare you if you are worth your name.

“Say an Amen to this prayer. That you don’t consult other man made Gods. Confidently say it Man. You can’t serve 2 masters. You are either hot or cold. Or the Almighty will spew you out like wasted product, he said in his numerous posts.

Responding, Ikani Okolo retorted that Onoja is the real ingrate.

“Edward Onoja, if there is any ingrate in Kogi politics you clearly fits into that description. What can best describe the harrowing experience your rapacious tendencies are putting Kogites through than ingratitude? There is nothing as heartless as procuring weapons for our youths to go after perceived opponents because they don’t align with your interests. Assess yourself very closely and you would realize that if only you can be sincere with yourself. I want to challenge you to mention anybody from Dekina or Igala Land who has told you he supported me with his resources, I will not only prove to you that it is a blatant lie, I will tell you what I have done for such a person.

“Let Enema Paul come here and tell me what I don’t know. Perhaps, I will have something to say. If you have been deceived into have erroneous beliefs, today might be the beginning of the end of their calumnious utterances about me. Hehehehen. Command your boy(s) to come fast.

“We already conversant with your antics. You can not divorce yourself from the influx of weapons into Dekina LGA particularly and Igala land at large through your surrogate Zonal Chairman. The land will surely stand against you and your cohorts as long as God is on his eternal throne. I see that you are suffering from psychosis when you engage in a critique of an ambitious person when you are also seeking such opportunity. I thought you would engage on issues that will positively impact our state. I don’t have time for tantrums.

“Edward Onoja, granted I am proud of my upbringing and the job I did growing up. I was proud of being a truck loader inside the popular Anyigba market and through such job I trained myself through my academic voyages. I have never been a thugs and I will never be one: not at this age. I will rather quit politics than to be involved in thuggery activities. Those you have mentioned here are completely my opposites and we don’t align politically. I am happy that you have said this in public that “I don’t know what is coming”. Your orchestrated plots to drop a corpse at my gate has since been uncovered. You contracted that assignment to IJN and he has had several meetings. I can tell you that my God is waiting for them and you would be surprised how the same plot will consume you. I don’t do rituals because I am a Christian. What God in heaven whom I call onto everyday will not give me, no shrine will. I tell you this, all your star gazers have deluded you into believing that anyone they can not harm is diabolic. I strength is in the name of Jesus Christ and there lies my preservation and safety. I know the number of times you have tried to lobby men of God against me but in all, you failed. As clean as you are, the activity of your emissaries at Celina’s clinic in Anyigba late last year is still very fresh in our minds and the victims prayers to God will surely be served. You are the stinkiest person I have come to know in recent time.

“Edward Onoja, I don’t run from church to church. I worship with Liberation city and I am under that grace. I can stand before any past governor and tell the truth to his face. I don’t have social and political relationships with Makama as far as I am concerned. If you must know, I am the only chairman of council who stood vehemently against thuggery and engaged in disarmament program in Kogi state in 2010 before the elections of 2011. If you Know Ibro to be a killer, Benjamin Ikani Okolo is not and will never be one. I reiterate, instead of shedding blood I will quit politics. To your prayer I say Amen in Jesus mighty name.

“When I say you are suffering from psychosis most people did not believe it but you are proving me right. Your prayer point was very clear and I have answered so allow God to step in now. You must be surprised that I said “Amen” because what your marabouts and star gazers have been contradicted today. You just cursed yourself and it is only a matter of time. You bought guns for thugs to kill people and you are here pretending because of some side praises. The rest is between you and God. If I am what you have been deceived to believe about me, I will not have the courage to appear before prophets of God. Your desperate pushed you at some point to use someone to lobby a pastor to confront me with that but you were disappointed because real prophets don’t speak what the Holy Spirit did not reveal to men. Man of God, but you don’t go to church na. Try it once before a real prophet, Ikani said. 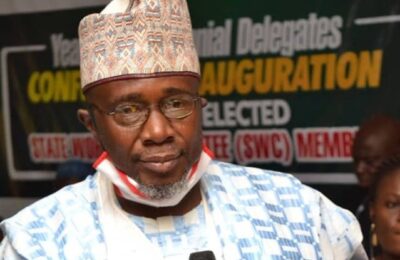 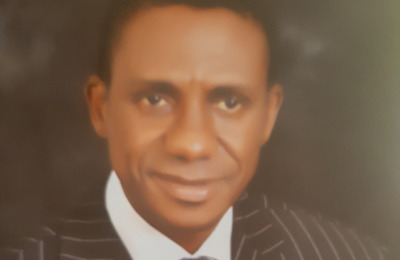 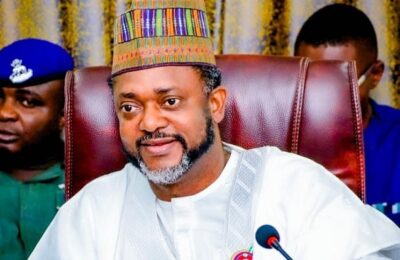