Home News Religion Must Not Divide Nigeria Under Our Watch 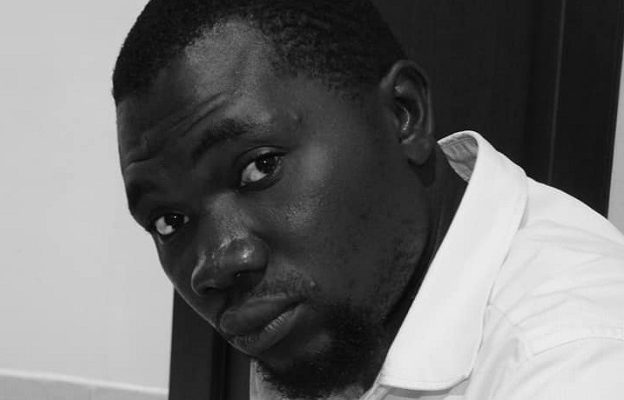 Religion Must Not Divide Nigeria Under Our Watch

African Continent is the center of modern civilization (Egypt) yet many Africans often mistake westernization as civilization meanwhile, they are never in tandem. Many eurocentric researchers are living in solitary immersion of subjective thoughts because they prefer reading stories of Africa authored and doctored by White imperialist without any sense of remorse while trashing the rich cultural ethics of oral tradition and various traditions of origin.

To buttress the least, Africans are not slaves, Africans are not weak, Africans are not wicked. Our ancestors had a well evolved culture and religion now tagged African Traditional Religion (ATR) before the incursion of the colonialists who veiled their intentions using religion as bait of conquest. It should also be recalled that in areas where annexation by the Whites was rejected, so many rebellion and war of conquests was fought.

In other words, religion was forcefully imposed on many communities and nations in Africa. Take for instance, the Sokoto Jihad (1804 – 1810) which was ably inspired by Usman Dan Fodio of everlasting memories. Christianity on the other hand snookered into the shores of Nigeria by early merchants disguised as missionaries. These religion imposed by early traders, tourists, travellers and later slave merchants are not indigenous to Africa and it is pathetic to note that the Siamese religion is fast dividing the United Peoples of African descent in the 21st century.

Why do we allow a borrowed religion to influence divisive tendencies? Did ATR ever instigated brethren against each other? What do we stand to gain when Nigeria is crushed under our watch? Is this the Nigeria of our dreams?Who are the terrorists and who are their sponsors?What is causing the growing spate of kidnapping, banditry, insurgency and numerous calls for secession?

It is pathetic that as citizens, we are buried in the shallow graveyards of religious sentiments (directly or indirectly) and the overwhelming impact of modern day preachings circumvented via religious centers is affecting the sensibilities of worshippers thereby hunting sincere inclinations of peaceful coexistence amongst brothers from different mothers.

Therefore, until the day Emeka stop evaluating Lawal and Adebayo under myopic lens summarized as a different citizen of Nigeria as a result of religious difference and indifference, the country is sitting on a keg of gunpowder. This is not a baseless assumption because current trends in the country is painting a bigger picture we are all striving to understand.

At the moment, we have few citizens of goodwill who are always on standby to make NIGERIA a better place by showcasing the real ideals of philanthropy without sentimental attachments to religion, ethnicity or class. Sadly, these class of detribalized Nigerians are haunted in broad daylights by evil gamblers of greed suffocating good intentions of the former. It is imperative that these men of goodwill should not be allowed to be beaten by the bug of sentimental approach which is detrimental and a clog in the wheels of development, peace and progress.

It is time to change the narratives by inculcating passionate tenets and mannerisms especially in the mindset of the newer generations whose reasoning style and state of mind can still be rated as tabular rasa. Pupils should be thought from kindergarten classes that all Nigerians are one united people irrespective of religion, culture and geographical placements. This is also a wake-up call to the National Orientation Agency (NOA) and other sister organizations.

Conclusively, present day political culture in Nigeria should be trashed as a matter of urgency. Leaders should not be elected and recycled in Nigeria based on religious affiliations or regional consideration. The format should not align on the basis of a Muslim should rule after the tenure of a Christian or viceversa. If truly we are sincere and humane and ready to practice honest politics of political power rotation, then subscribers of African Traditional Religion should also feature in the rotational process.

I attended a Unity School where everyone is equal before God and man. All thanks to General Yakubu Gowon (rtd) who envisioned the glorious need for all Nigerians to come together despite passing through the corridors of a Civil War (1967–70) that could not break the country however, shadows of Biafran insurrection is still in vogue and it takes the refined idiosyncracy of a tough leader to crush varying agitations lingering in the country.

To curb these menace, no sacred cow should be permitted to roam around romancing with terrorists, spew all sorts of hate speech yet he or she is free as a bird perhaps pardoned by religious supremacy / mutual understanding.

Furthermore, allocating school admissions and employment slots on the margins of religion should be scrapped. This should be based on merits not religious calculations captioned as connection, grace or miracle. So many intelligent citizens are roaming the streets depressed because of systematic defects of illicit practices which is not even constitutional yet inherently operational in Nigeria against all odds. If ATR which is indigenous to Nigeria and Africa cannot divide us, we should not allowed any borrowed religion that filtered in from another Continent to cause us more harm than good.

Spread the love
Tweet
Previous PostNigeria: We Are All Complicit Next PostPoem: Tears of Motherhood