Home News Opinion: Now That We Have Halims: Tell One to Tell Ten 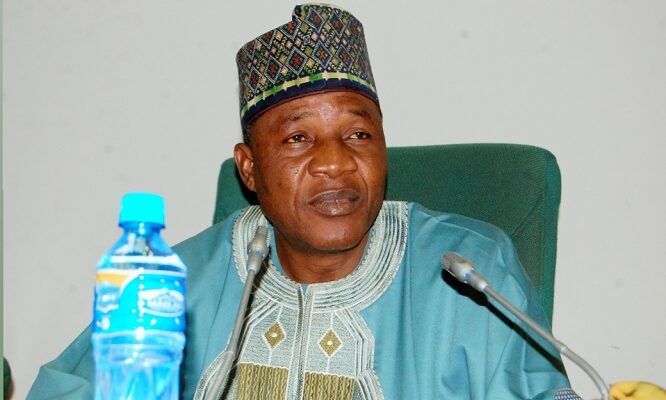 Opinion: Now That We Have Halims: Tell One to Tell Ten

By February 25th 2023, Nigerians will all over the country once again have a chance to choose, retain or change who will be President of the Federal Republic of Nigeria and members of the four hundred and sixty nine seats of the National Assembly respectively. Expectedly, a lot of political parties and of course candidates, have since begun selling themselves to eligible voters across the one hundred and nine Senatorial Districts and three hundred and sixty Federal Constituencies of Nigeria. In doing this, materials such as manifestos, blueprints, jingles and different souvenirs have been deployed to convince voters.

Whereas the office of the President is constitutionally termed four years with a maximum of two tenures, perhaps as a result of the importance of the legislature to a stable democracy, the tenure of legislators has no limit and by implication, ranking membership comes with many advantages. These advantages range from clear understanding of Legislative frameworks to easy networking for the attraction of interventions to one’s Constituency. Thus, the constitution by itself encourages continuity for worthy lawmakers.

To set the record straight, Rep. Halims has in less than four years outperformed all his predecessors from 1999 to 2015 put together via prudent legislation and verifiable projects.

It is important to note that Hon. Halims has constructed over twenty five solar powered boreholes across the Federal Constituency, installed solar street lights in major towns and all ward headquarters, initiated and completed a gully Erosion control with drainages at Ejinya Efofe, built classroom blocks in Ankpa and Olamaboro, facilitated a Digital Economy Center (DEC) to YMC Ankpa, disbursed over three thousand tonnes of NPK/Urea fertilizers to farmers amidst different mega empowerment programs.

In addition to the foregoing strides, Rep. Halims has through strategic partnerships trained and equipped over five thousand Constituents with financial start up grants, facilitated Federal and State pensionable employment for over fifty constituents, sponsored numerous bills of immense public importance and moved several motions on the floor of the House of Representatives.

Most recent stewardship of Hon Halims that has received numerous commendation is his leveraging on his membership of the House Committee on power to restore and bring to where necessary electricity supply across Ankpa, Omala and Olamaboro Local Government Areas. We have never had it so good. We got it absolutely right this time. Hon. Halims has not disappointed and he deserves all necessary support to win his reelection.

– Muhammed Nasiru writes from Abuja and can be reached at naadejohs@gmail.com or his Twitter handle: @amnasiru