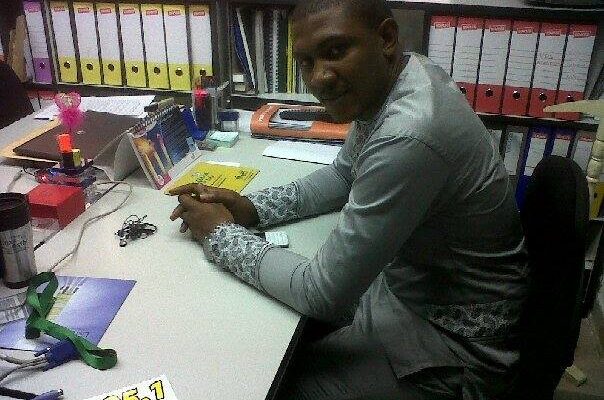 Dearth of Industries in Igala Land and Fear of the Unknown

Igala people arguably are distinct, outlined folks. One thing that goes for them is superlative intelligence. They are also daring and courageous. In any discipline where Igala register presence, it takes a turn for vivacity, thoroughness, forthrightness, and cognitive strength.

In commerce and industry, no ethnic nationality outclasses Igala in growing a trade or stitching connections to achieve business excellence. It’s not surprising therefore, that in the business world today Igala have vaulting per capita representation. They enjoy powerful membership of Nigeria’s millionaires, billionaires and trillionaires’ clubs as eminent business personalities, distinguished industrialists, and brilliantly thriving tycoons.

Despite this impressive check stub of Igala concourse of entrepreneural aces, Igala land is still barren and bereft of industrial stakes and insurable business interests that can speed up development. And there is much to undergird this.

The land is endowed with abundant alluvial deposit along the basins of the two rivers hedging the kingdom, lush brushes, forested vegetation, impressive expanse of land, mountain ranges seething with mineral deposits, geological phenomenon such as belts of limestone, iron ore, coal, tantalite, and pools of crude oil, etc.

These are raw materials that can feed assorted industries, but Igala industrialists seem not to bother about them. They look the other way as the commercially endowed populace joggle through known pressures to tag on trading in primitive style.

A worried group of young men once took this matter up with an industrialist, trying to persuade him to look back home. He responded by asking this question: “Do industries thrive in Igala land?”

“Where is Okura Sawmill?” “Where is Idah Sanitary Ware?” “What happened to the multi million Naira Anyigba Agricultural Development Project?” Did it not fold up before we left Benue State?” “What has happened to Ofejiji Hydropower project initiated by Late Dr. Jacob Abdullahi?”

He ended by pontificating that having met the criteria for running a business, no industrialist ignores the forces that guide operations in

the choice location of intended business. He said any keen observer of events in Igala land would readily admit that ventures that helped other lands to progress have very short span of life in Igala land.

Awe-striken and brow-baited the young men acquiesced to the rather sweeping generalisation and went to town to spread the tiding of intractable fate of industry development in Igala land shading it off with metaphysical garb.

As it is with unfortified standpoint, isolated events or happenstance are often perceived as or rammed into a brand that is generally known or commonly encountered. The industrialist’s treaties served at best to provide cover for his disdain and disloyalty to Igala land and people. The failure of the ventures he cited as avoidance incentives could not have been the exclusive reserve of Igala land. The collapse of textile industries in Kaduna, coal mining industry in Enugu, Michelin tyres in Ibadan or Lagos, and countless other moribund concerns across several cities of Nigeria should have driven investors from such cities which today are industrial hubs, if we go by his argument.

There is getting to be too much of over glorification of the esoteric among our people. Every contradiction observable in the interactive sequences of life must find its resolution in witchcraft. For this many homes are ripped apart; siblings sever bond of affinity; fathers and mothers who nurtured their children from infancy suddenly morphed into wizards and witches to shun; a lady misused her growing year and got stuck on the shelf of the unmarried, witches are to blame; accidents, no matter the immediate link to recklessness, cannot miss its remote link with witchcraft. This perception has ruled our psyche so much our tertiary knowledge acquisition does little to minify it.

It must be stated, however, that there are noticeable influences of the metaphysical world in human transactions all around us. But attempting to make it assume peculiarity among our people does not add up. This is the fear of the unknown that is still holding at bay the industrialisation of Igala land. Those still nursing the perception of the industrialist should endeavour to observe the unending successes recorded in hospitality industry, medical industry, transport business, education industry, etc all in Igala land to see the porosity of his tirades against the Igala people. If there are witches and wizards in Igala land, the land does not wear this crown alone. There are some societies in Nigeria that have them in surfeit and celebrate their exploits. Yet investors troop in to do business.

So let Igala henchmen of business turn their attention to the land and do away with their fears.

Previous PostIjumu Council Chairman Disband Revenue Collectors Next PostOpinion: Now That We Have Halims: Tell One to Tell Ten