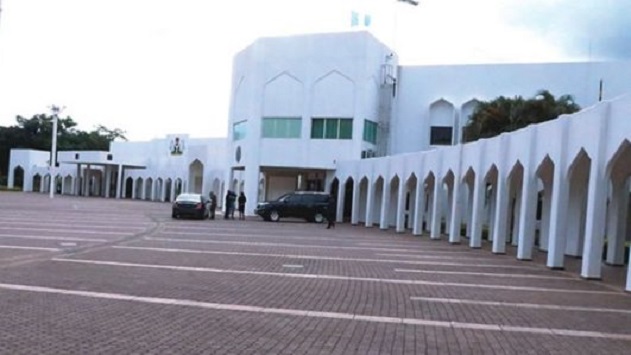 It is a known fact that Kogi state is strategic to the seat of power in Nigeria, not only because it is a border state to the Federal Capital, but one that hosts the nation’s steel bedrock, called Ajaokuta Steel Company, and one that suffered unduly in the hands of the Federal Government of Nigeria, particularly under the APC that has left it at the mercy of the incumbent Governor, H.E Yahaya Bello, following the magical decision of the judiciary, which gave him teeth to bite harder again in 2019 with attendant violence in the election which in 2019 recorded the almost never seen percentage of victory in Nigeria from the “wonderfully cooked” votes in the Central of Kogi state, since the history of elections anywhere in Nigeria.

While all these ugly developments are gradually going down the annal of history, the scars are not healing, neither are they getting historical as the indigenes and residents are still nursing their pains, one way or the other, from several deaths from unpaid salaries, unmentionable issues of farm invasions, maiming, and killings, so much that people can’t freely access their farms again, thereby affecting productions and breeding serious hunger and increase in cost of food items to the masses, the issue of kidnappings arising from grave consequences of insecurities to the recently orphaned -N20b to other unfortunate attendant deaths, that greeted the 2019 stand alone gubernatorial election in the state, even with the burning to death of a woman, a mother in the Eastern part of the state.

The great people of Kogi state are not unaware of the naked-fact that, it is only a win for the PDP in Nigeria, that will ensure the emergence of H.E Alhaji Atiku Abubakar GCON as the next President of Nigeria, and the only guarranteed ticket, that will ensure the kick out of the APC from Lugard house in Kogi state at their state’s stand alone election due later, for November 2023! Kogi state is a predominantly strong and historical PDP state, which has produced several political office holders from Governors to Senators to Ministers to appointees from all levels.

No doubt, the crisis that engulfed the PDP internally in 2014, led to its marginal loss of the state, which of course could still have been redeemed, if the APC had allowed the will of the people, after the sudden death of Late Prince Audu Abubakar of blessed memory. At twists, however, reversal by the warring PDP members were also irrecoverably late, after the stoppage of the conclusion of the election; which saw the dramatic emergence of the person who came second in long gone APC primaries, which SAN Wole Olainipekun aptly captured and described as the crowing of a Governor.

In the ongoing giant moves by the PDP, like never before, since it lost the Presidential elections in 2015, the party has continued to harvest more converts and political-born-again from the outgoing ruling APC, not excluding their strong hold too, one of which is the serving Federal House of Representative member of the incumbent President, General Muhammadu Buhari who is believed to be providing shields for Kogi state Governor, H.E Yahaya Bello to bully the people of the state ahead of the coming election, with his unchecked pronouncements coloured with violent words, hostile tendencies capable of heating up the polity, as done twice now in Kogi Central, and to which the Federal Government has done nothing or the security agencies, who are not constitutionally unaware that he can be investigated and interrogated but can’t be prosecuted now, due to immunity, safe for the tough talking NSA.

The winning for Alhaji Atiku Abubakar’s PDP is an assured one, a done deal, going by the several failed promises of the APC to restore among many others, Ajaokuta Steel Rolling Mill, which today is an eye soar, and of course it’s nowhere near a possibility of revamping before 2023 votes are casted for the office of the Executive President of the Federal Republic of Nigeria and the National Assembly seats, despite the fact, that the APC had raised peoples’ hopes to bring it back to work and to full capacity, all ending in mere dances on a leg, and noise to high heavens in the market squares, so much that, everyone (including the opposition then) had abandoned doubting-thomas to assume that by 2017, only two years into the life of the administration of the APC-Buhari Government, proudly brought by Alhaji Bola Ahmed (BAT) the APC Presidential candidate (emilokan), Ajaokuta would have been relisted functionally in the stock market and at the international domain, this like other promises, was however, not to be!

Sadly, same is the federal roads from Kabba to Ilorin, through Egbe end which has continued to enjoy lip services from the APC, as well as the roads linking Lokoja Kontokarfe through Abaji to Abuja, which has remain but a death trap and to which, lives are been lost fatally almost on weekly bases.

The APC’s failure to allow the Federal University of Agriculture on Okun’s soil is a factor that will sink them, hitherto as politicized when Senator Dino Melaiye, who was there and now replaced by an APC man, Senator Smart Adeyemi, who inherited same but made no difference to the coming of that institution to the well read and famous Okun people.

These many abysmal showings of the APC, are not likely to be factors that will help the APC in Kogi state, particularly in the Yoruba section of the state, where it’s hoping to sentimentally harvests votes, to the densely populated Woro Lokoja/Koto, same for the Igala/Bassa and Ebira/Ogori axis.

You will recall that the PDP’s sixteen (16) years produced amongst others four (4) ministers in succession from only Okun land, under OBJ, courtesy of Prince Olushola Akanmode, who was then the Chief of Staff to the Vice President, Alhaji Atiku Abubakar, the same flag bearer of the PDP, and many others, like Distinguish Senator and General Tunde Ogbeha, Late Stephen Achema from East, A.T Ahmed from the Central with those cords actively working and those portfolios given to Kogi State then, were serious ministries such as Justice, Health, Police, Industry and Commerce and what have you today given to Kogi state, compared to what the APC has managed to throw to the state under APC’s reign.

Clearly, the people are taking stock and the PDP Government, particularly the one Atiku was Vice President’s records favoured more Kogi sons and daughters as well as the state, when weighed side by side to the APC’s years in power, which will by God’s grace terminate this coming May 2023, Insha Allah.

It is no doubt therefore, that, the workers whose bailout were arranged by the PDP Government on their exit, under H.E Capt. Idris Wada Ichalla is now the subject of EFCC, Court and CBN, a case which is still in the court and the “state” is breathing down with interests, some even fasting.

The health intervention programme on access to medical attention was brought by the PDP under the National Health Insurance Scheme (NHIS), CHIS and so on, to encourage better health status for Nigerians which Kogi state is not exempted from.

Off course, like many Nigerians, Kogi people who got connected to the world through the phone services brought into being, by the PDP are now groaning under the hikes in tarriffs by the APC Government and even the introduction of payments for the use of the USSD, talk more of the so called VAT, now arbitrarily increased, as well and the one they are planning to add and the Communications’ sector is still resisting.

The nation’s main source of economy and livelyhood, the petrol/ PMS, has also suffered drastically and still suffering, as it now sells for around N300 per litre at the pump price (when you see it, with subsidy still being paid by the APC that lied it won’t pay subsidy, and as it as a claim for increase to N189 inirially) as against the N89 APC met it in less than 7 years of misrules and had failed woefully, in their fake promise to bring down the price of fuel, to sell at N50 if elected in 2015! While, the so called black market is simply out of the reach of the masses.

The ordinary cooking Kerosine that use to sell for N50 per litre in 2015 is now selling for N890 when you manage to see it, same is the infliction on gas.

Kogi State therefore, is a settled place of victory for the PDP, which however, must go round to redraw people’s attention to all these and remind them, why they should not be deceived, harassed or and forced again, as the APC will be walloped by a so wide margin, that will best be described as “ridiculous”.

Good enough, the outgoing President of the Federal Republic of Nigeria, General Mohammadu Buhari GCFR, has been talking tough of recent on the need to ensure credible election like the 2015 that brought him in, probably realising that, that would likely be the only credible legacy he will leaving behind.

The Atiku/Okowa Kogi State Presidential Campaign Council 2023, is therefore, leaving no stone unturned to ensure absolute, total and well deserved victory at the polls, as the people are more determined now to be freed from pains, poor economy, insecurities and abject poverty, having tasted the two sides of the coin, more like the proverbial two husbands by a woman!