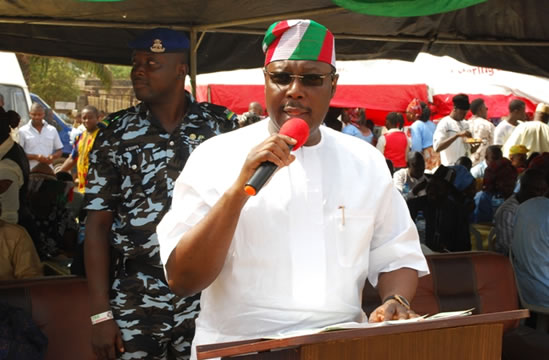 The Kogi State Presidential Campaign Council (PCC) of the Peoples Democratic Party (PDP) has applauded the Department of State Services (DSS) for their remarkably prompt arrest of the mastermind of the bomb blast which occurred on 29th December, 2022, near the palace of the Ohinoyi of Ebiraland in Okene just before the arrival of the President to commission some projects.

It would be recalled that the PDP had called for the DSS working in tandem with the Nigeria Police to leave no stone unturned in unravelling the mystery behind the Okene bomb blast.

PDP said the investigation and arrest have put paid to the earlier assertion, by the Kogi State Security Adviser to the Governor, that the bomb blast was attributable to “disgruntled politicians who were enemies of progress in the state.”

The arrested persons, one Abdulmumin Ibrahim Otaru (aka Abu Mikdad) and his associate, one Saidu Suleiman, are said to be members of the high command of the Islamic State West Africa Province (ISWAP) – a group that is not believed to be affiliated with any politician in Kogi State.

The Kogi PCC in a statement signed by Arch. Yomi Awoniyi, Director General of the Campaign Council, said it is glad to note that the DSS has also assured all, of its determination to work assiduously with stakeholders to tackle the menace of terrorism and other forms of criminality including threats to national security.

“As good citizens, members of the PDP will continue to support law enforcement agencies to achieve peace in Kogi State.

“At this juncture, the Kogi PCC appeals to the DSS and the Nigeria Police not to relent in their efforts to ensure that Kogi State remains safe. This appeal is more poignant today as Kogi PDP will be hosting thousands of party faithful and supporters in Lokoja on the 14th of January 2023 for its Presidential Campaign Rally.

“As the elections are fast approaching, it is worth mentioning that opposition politicians should not be harassed, victimised or arrested on trumped-up charges, simply to take them out of circulation or suffer worse fate.

“This is against the avowed position of Mr. President, who, as part of his legacy, is working very hard to bequeath a credible electoral process to Nigerians.

“Kogi State should be made safe, devoid of gratuitous violence unlike what was experienced during the last round of general elections in 2019, during which massive violence was deployed to disenfranchise innocent and lawful citizens of the State,” he said.

PDP said the party remain committed to peaceful political campaigns and elections in the state.