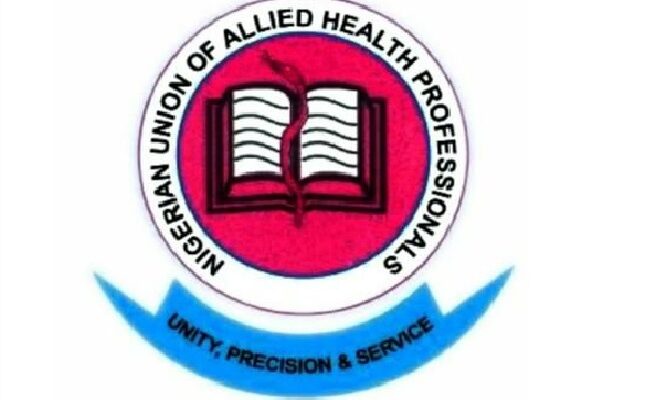 The Nigerian Union of Allied Health Professional (NUAHP) has kicked against the position of the Medical and Dental Consultants’ Association of Nigeria (MDCAN) on the bill to amend the University Teaching Hospitals Act 2004.

In a statement signed by Dr Obinna Ogbonna and Comrade Martin Egbanubi, President and General Secretary respectively, NUAHP noted that since 1985, only medical and dental Practitioners, whom the Decree 10 of 1985 referred to as medically qualified, have being on the exclusive list of appointment while other qualified health professionals have been shut out perpetually from the appointment contrary to international best practices.

NUAHP insisted that research has shown that the success of hospitals does not depend on whether they are headed by medical doctors or not.

“Professional managers are just as good at running modern hospitals as any medical doctors or health professionals.

“In the United States, the management of hospitals is usually undertaken by an administrative board drawn from the different departments of the hospital, with equal chance for every director to end up as the Chief Executive.

“The Union therefore, advises MDCAN and other similar interests in the health sector opposed to this progressive bill to rise above sentiment and parochialism. They should rather align with the legislative process geared towards redressing the unfairness in the sector in line with international best practices.

“The only permanent phenomenon in life is “change”; and the change in the health sector is now,” the statement said.

Reacting to a recent press statement credited to Medical and Dental Consultants’ Association of Nigeria, NUAHP said the publication is a misrepresentation of facts.

“NUAHP rejects in its entirety a recent media publication credited to the Medical and Dental Consultants’ Association of Nigeria (MDCAN) reacting to a ‘Bill for an Act to amend the University Teaching Hospitals (Reconstitution of Boards etc) Act Cap U15 LFN 2004’ sponsored by Honourable Bamidele Salami representing Ede North/Ede, South/Egbedore/Ejigbo Federal Constituency of Osun State.

“The press release by the professional body was a misrepresentation of fact to the general public. It is not only misleading but unprofessional. A body of such professional status should have researched its information and come up with verifiable and empirical evidence of their claims especially drawing from comparative analysis of country by country management of public health care system.

“It is a known fact that international best practices in public health care management and administration is not restricted to a particular profession. This was the case prior to the promulgation of Decree 10 of 1985 now University Teaching Hospitals (Reconstitution of Boards etc) Act Cap U15 LFN 2004. The Decree provided for the appointment of Chief Medical Director (CMD) for Teaching Hospitals. Since 1985, only Medical and Dental Practitioners whom the Decree referred to as medically qualified have being on the exclusive list of appointment while other qualified health professionals have been shut out perpetually from the appointment contrary to international best practices.”

Citing the tenure of Professor Eyitayo Lambo, an economist, as Federal Minister of Health, NUAHP pointed that non-medical doctors can do better in the leadership of the nation’s health sector.

“In our country’s healthcare sector today and in the quest to emasculate all other health workers and down play competence and diligence, the entire public health system is manipulated to have only members of a favoured profession to dominate all others on a permanent basis notwithstanding the multi-disciplinary nature of the health sector.

“It is on record and widely acknowledged that, the tenure (July 2003 to May 2007) of the erstwhile Minister of Health, Professor Eyitayo Lambo; a health economist witnessed a harmonious working relationship amongst stakeholders in the health sector and between Federal Government and health workers unions. During his tenure as Minister of Health, the first Health Sector Reform Programme for Nigeria was developed and implemented; the National Health Insurance Scheme was launched after being on the drawing board for forty years. Many health policies and legislations were formulated during his tenure, including the hotly debated National Health Bill.

“He was one of the few politically neutral technocrats to serve under the administration. He had a strong focus on long term health sector reform and good governance. His predecessors and successors who were/are medical practitioners especially since 1985 exhibited and have continued to exhibit discriminatory practices that are responsible for most instability and trade disputes in the health sector till date.

“Suffice to submit here that, the National Assembly should uphold this Bill and see to its successful passage to become the Act so that our health sector and healthcare delivery will become enviable, and be ranked higher by the World Health Organisation (WHO).“

NUAHP stated that the Bill, when passed, will address all these discriminatory tendencies, help Nigeria’s healthcare delivery thrive positively, benefit the average Nigerian patients, improve the poor infrastructure that currently define tertiary hospitals, improve skilled manpower shortage caused by brain drain, and will enhance more participation as more professionals will have the enabling environment to train and practice. 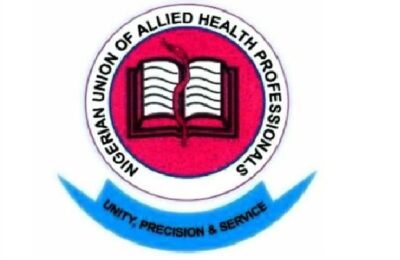 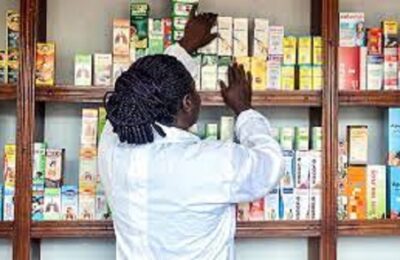