Home News Natasha: What’s Her Crime, Where Did She Go Wrong? 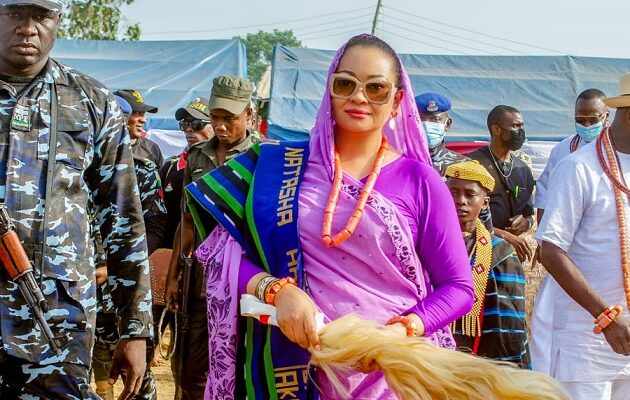 Natasha: What’s Her Crime, Where Did She Go Wrong?

Not to call anyone a hypocrite, but let us be completely reasonable and truthful to ourselves here. The big question is thus, “What is Her Crime? Where Did She Go Wrong?

Is it that we hate truth so much or we don’t have anything to counter-campaign with again. If I remember correctly, for years now, I mean close to a concluding tenure, we all have been lead by a first Lady from another tribe entirely. We accepted it, no criticism, no complaints, nothing, nobody came out to call anyone names or to say that “Oh how can you leave your own first wife who is same tribe as you, and present another from different backgrounds entirely to rule over us as the First Lady?”

Nobody asked such questions or raised any observation of such. Why, it’s simple, What has love got to do with leadership? What has her husband from another tribe got to do with the fact that she is standing up for her people, for her community, for the half paid salary workers, for the dropout children in the streets, for the dilapidated infrastructures in the education sectors, for the unemployed youths roaming around the street of Ebira land and the state at large?

If she is wrong, then definitely he is wrong as well. If you see no problem in being governed by a woman from another state, then for heaven’s sake, what has her marriage to a wealthy, peaceful and competent chief got to do with her aspirations to save us from hunger and ignorance?

In the era of unity to achieve common goals, two kingdoms are best united by marriage. A king would wish for his son or daughter to marry from another royal kingdom just to unite the kingdoms, hence, enriching each other more with their various resources.

Sheikh Ibrahim Niyass (R.T.A) was from another country entirely, but till date, Ebiraland is bless with his impact during his lifetime and we still boast that he was part of us. Why, because he married our late Mother, Seida Bilkiss (K.W).

Come out of darkness guys and see the light in Chief Barr. Natasha H. Akpoti-Uduaghan. She is a mirror on the wall in which many see themselves through, she is a lost hope that we strive to recover back to the land, and now she has taken another inspiring step to ease a better life for us, how come we have failed to reason beyond the circle of ignorance these men have placed us?

Chief Barr. Natasha H Akpoti-Uduaghan does not surround herself with low thinking individuals, I definitely ain’t one of such. I stand by her and I don’t just come here to praise her unnecessarily, I analyse critically and boldly give reasons for you all to see the light that wishes to shine upon Ebiraland once again.

Having said all these, we can validly conclude now that Barr. Natasha H Akpoti Uduaghan’s marriage to the handsome Prince Uduaghan is a personal matter just like our other leaders who have married from other communities too. Some even imposed them on us as First Ladies, and we have been okay with it for years now. Let us see the beauty and profit in it rather than hide under the shadow of hypocrisy to burn down the only hope we have to redemption.