Home News Austin Okai and Some Other Issues 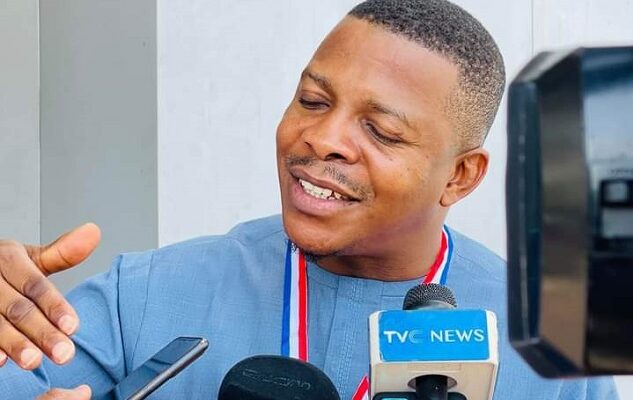 Austin Okai and Some Other Issues

After the broad day robbery, snatching of ballot boxes, butchering and sporadic shooting from helicopters that characterized the last governorship election in Kogi state, not just me alone, but so many well meaning Kogites have giving up every iota of hope on the state and on its electoral process.

Why many are scared that they can not guarantee their security after sharing their views on the affairs of the state, others are already convinced that whatever they say and however they say it will not change any thing – this indeed defines the failed nature of our state – our failed electoral processes and most of all, the level of tyranny that has stolen and hijacked power in our state.

But that notwithstanding, we will remain resolute and keep believing in any way we can that some day liberation will come to Kogi state.

Kogi East, been the biggest senatorial district in the state, has been mostly struck and bedeviled by this self imposed government and the high level of poverty, the lack of infrastructure, the dilapidated roads, the massive increasing rate of unemployment, thuggery and all of its kind has become a part of their day-to-day life.

This obvious issues and ‘leadership-made pandemic’ has not only instigated rebellious languages, phrases and tenses in most of the long and short political notes from Kogi East, but has gone a longer way to influence and compel so many advocates of “good governance” in the state to throw themselves into the ring and jostle for seats where decisions that bothers on the people, the state and the country at large are been discussed.

Over the years, me and those to whom I belong and share affiliations with, have made it clear that we are not in the politics of name calling, nor are we in the politics of the highest bidders – our struggle has always been concise and geared towards the development and revamping of the totally deteriorated lives of our people. Thus, I am not hear to praise Austin Okai.

Rather, I am here to re-echo the clear fact that this individual, Austin Usman Okai, pursues a genuine cause, and in so many ways he has become a life wire to the liberation of not just Dekina/Bassa but the entire Kogi East and Kogi state at large.

As a state, we have been caught up in an ugly form of oligarchy which only feeds those who support the present Yahaya Bello led government – and as such we do not just want an opposition for the sake of it, rather our earnest insist has been a call for a well meaning opposition that will not only take power back to the people but will here after stand tall and champion our struggle for development and equality in Kogi state and Austin Okai is that person.

Our choice and support for Austin Okai is borne out of a deeper conviction, a deeper belief and most of all a deeper need to liberate and revamp Kogi state. To the people of Dekina, Austin Okai is contesting to represent them – but to all people of good conscience across Kogi East, Austin Okai’s mandate is a movement geared towards the complete liberation of our dear state.

It is not in my style to call names, but I must say that at this age and time, where younger generations are taking over, the people of Dekina/Bassa won’t make it through another four years of leadership failures if the constituents allow it self to either be intimidated or swindled with money into voting an aspirant who’s age is already at a disadvantage.

Yes, we all agree that politics has always been a game of interest but we must not forget that what ever interest we standby must in all sense carry in it the gains of the people.

Let me not end by listing the massive hardship, the pandemic and porous nature of underdevelopment and poverty shared across Kogi East and Kogi state at large. These has already become well know facts, but I will not shy away from saying that we all know Austin Okai is the right man for the Dekina/Bassa project.

I will not shy away from the obvious fact that his ambition are borne out of the strong need for the liberation of the people and posterity will never forgive any one who in any way refuse to support this movement.

The last 12 years has left our state in total decay, with nothing to show for – abandoned and left in deplorable conditions that are so hard to describe and as a people we have all endured this deep pain, this deep suffering and this deep disappointment. Now is the time to change the narrative. Now is the time to tell those who have amassed our wealth that the voice of the people is their liberation and let us begin that with supporting, voting and ensuring our votes count for Austin Okai.

Spread the love
Tweet
Previous PostNasser Ahmed: The Tinubu Campaigner With a Difference Next PostSenate Candidate Vows to Fight Injustice Against Kogi East