Home News Mohammed Musa Bello: Understanding the Man and His Bold Ideas in Development of FCT 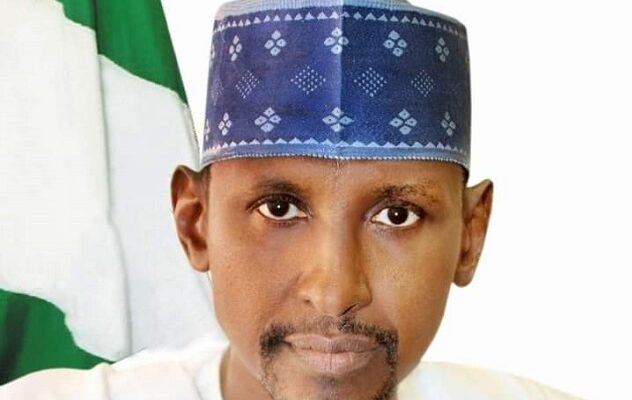 Mohammed Musa Bello: Understanding the Man and His Bold Ideas in Development of FCT

It was Charles De Gaule that clearly asserted that “men are great only if they are determined to be so”. Today, it appears as if the Federal Capital Territory is lucky to have a Minister that is determined to be great by making Abuja great and reproduce the wonderful achievements of some of his predecessors as Minister of the FCT.

Prior to his appointment as the Minister of the FCT by our leadership recruiting genius, President Muhammadu Buhari, many Nigerians have started asking and the questions you hear daily are very troubling and shameful; Who is the Minister of the FCT? Why is Abuja becoming dirty and disorganised? This is because the level of impunity that the administration of Nasir El-Rufai fought not too long ago when he was the Minister of the territory was fast crawlling back. The level of impunity that was over taking the city was unprecedented and saddening to many lovers of Abuja, our federal capital city.

For architects and other allied professionals, the reckless distortions of the FCT master plans was also very disheartening.

It became a glaring fact that the FCT needed urgently an administration that will implement measures that will mitigate the spiralling decay in the city. God answered the prayers of lovers of the city when Nigerians voted for the change government of President Muhammadu Buhari who appointed Mohammed Musa Bello as minister with an immediate mandate of doing everything necessary based on law to rectify the city back to its original master plan.

The Minister immediately formed a strategic partnership with the President and that partnership confronted the corruption, impunity and recklessness that became the order of the day entrenched in the city.With the support of the President and the change mantra as a guide, they adopted a “no nonsense and no friend of the status-quo” approach to achieving the great results you see in the FCT today.

The Minister then started implementing his pragmatic, perfected systematically developed programme and road map of making Abuja the pride city of note for all Nigerians like Abu Dhabi and Johannesburg.
Since most of us love the city of Abuja, our great hope and expectations for Abuja are today being fulfilled by the current administration led by Mohammadu Bello.

We are proud that the benefits of the doubt we gave him when he was appointed as the Minister for the FCT after all was not misplaced as he has not disappointing us and the present administration. His plans and actions so far are vivid and there for all to see.

The lessons we have learnt from his success story is his ability to form a partnership with the President, who has always cared about the growth and development of the city that eventually led to the great change that is positively impacting Abuja’s development.

He truly met the city degenerating to the extent that he has to declare an emergency for the rebirth and renewal of the FCT in its entirety. From the sectic corruption in the FCDA where officials makes it difficult for registered professionals to thrive as evident with the developments of non-fancied buildings in the city, to the allocations of visible green areas to mosques/churches. Allocations of plots to influential politicians, military personnel, civil servants, etc for gardens are a thing of the past today.

At a time toxic negativity has become the dominant stain of the malaise ravaging public intellect in Nigeria. The default mode of a section of the Nigerian community of public affairs is to dismiss any notion that the Abuja dream is making progress and that there are still visionary and conscientious political leaders making a difference.

In the last seven years, Mohammadu Bello, the FCT minister has consistently proven that tremendous public good can be achieved when a visionary leader is in the driver’s seat. Under him, Abuja has unarguably, witnessed a remarkable transformation. These achievements is not by happenstance, but rather through deliberate and methodical planning and execution.

Lately, the competition seems to be about who can deploy the vilest and uncouth words to paint the picture of a post apocalyptic FCT. To those lot, the only good time to remember about Abuja was the administration of Nasir El Rufai and some several others who have served as Ministers during the Babangida regime who have left their footprints on the sands of time. That these former administrators are made up of accomplished leaders is not debatable.

But posting rather unabashedly that Abuja has not made progress under the administration of Mohammadu Bello or since this afforementioned great men left the scene is standing logic on the head.

About two weeks ago, I got involved in a debate with two elderly friends of mine who argued rather unconvincingly that the last time real development happened in Abuja. In their words was, “during the golden era of Nasir El-Rufai”, while no one even this writer cannot deny the impact of progressive leadership brought to bear on the administration, growth and development during his time it is also unthinkable to accept the view that Abuja has not made any progress since then.

Today, the roads in Abuja has been expanded, many new districts has been opened up and being linked by roads to decongest the city centres, the numbers of quality government hospitals has increased and so also schools.

This Minister has dealt with more social and environmental challenges of Abuja more than any other before him and the lists of his impact are there for all to see.

In his first day in office, Mohammadu Bello already had a plan of action in form of a comprehensive development blueprints that has not only rebuilt Abuja but sets it on a path of sustainable development.

Nothing else speaks to the boldness and rightness of Mohammadu Bello’s creative ideas than the urbanisation plans he had for the city’s satellite towns. The development vision that propelled the minister of the fact is indeed in sync with the model that turned Dubai into a global trade and tourist haven within five decades and he is laying the foundations for its future actualisation.

The minister is implementing today a visionary, progressive and audacious approach towards developments in tandem with the vision of President Muhammadu Buhari’s change agenda. This vision stresses that the vision to do great, seemingly impossible things and break limits have made Abuja what it is today. This Minister has shown consistently that he has the vision and the capacity to lead this city to greatness and with the president giving him the driving vitality to succeed he will.

This is not a tongue-in-cheek statement. It is bold! It is assertive!

The Minister is always brimming with ideas that would make Abuja a truly a pride of the black race. Let us support him.