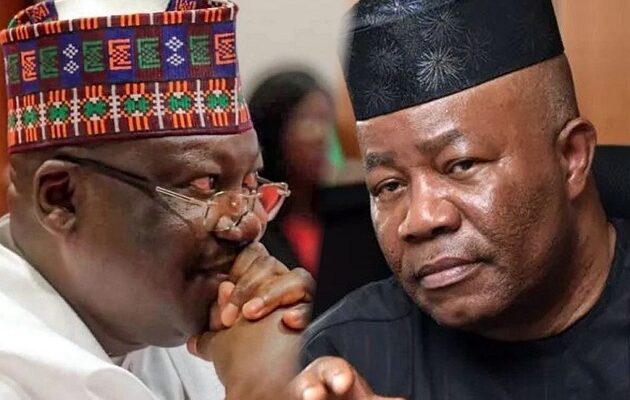 An Abuja-based legal practitioner, A.T Ahmed, Esq. of “D” Independent Chambers has dragged INEC to court over the nonperformance of the mandatory duty enshrined in Sec. 145 (a & b) of the Electoral Act, 2022 in respect of the gross violation of section 115 (d) by the Senate President and former minister of Niger Delta, Godswil Akpabio.

The court granted leave to the Applicant to that effect on the 7th day of October 2022 and the same was complied with later on the same day.

Abdulazeez deposed to an affidavit that Senator Ahmad Lawan and Godswill Akpabio obtained and signed more than one nomination form for presidential and senatorial aspiration within the same election.

He is asking the court to mandate the respondent, INEC, by an order of mandamus to comply with Sec. 145 (a & b) of the Electoral Act, 2022 by pressing charges in court against both violators to serve as a deterrent to future violators.