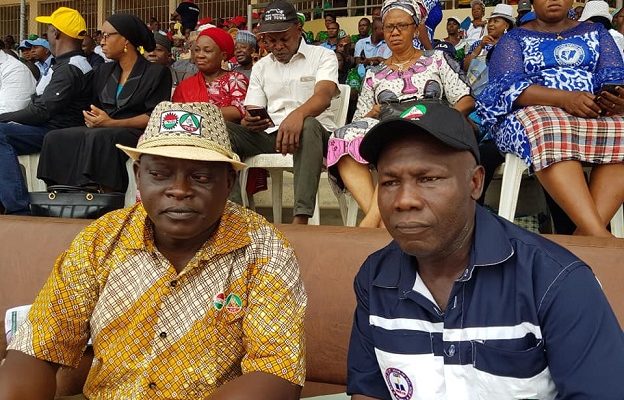 Kogi state civil servants have rejected plans by the organized labour to deduct ₦3000 from their salary for the completion of the union’s state secretariat.

The workers made their position known to newsmen in Lokoja, describing the plan as wicked, corrupt and lack of sympathy to the plight of workers in the state.

They told the Onu Edoka-led Nigeria Labour Congress (NLC) that any attempt to deduct their salaries after the monthly deduction of check up dues will be met with stiff resistance.

Civil servants who voiced out their grievances over the illegal deduction described the union’s chairman as an autocratic leader who is self centered.

They said Onuh Edoka and his cabals took decision to deduct their salaries on behalf of the Union without seeking for the concept of the members and vowed to seek justice in court.

They appealed to the state government to intervene into the situation to avoid escalation of action.

According to the civil servants, the chairman claimed that the money deducted from their salaries will be used for the completion of the Union’s building project.

Meanwhile, there is check off dues (money) going into the Union’s account from workers’ salaries every month, but accurate account has not been given on the use of the money.