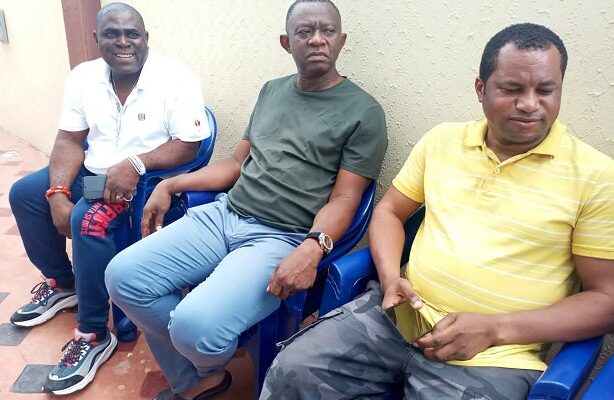 The standard bearer of the All Progressives Congress (APC) for Kogi West senatorial district, Hon Sunday Karimi on Saturday paid a visit to one of the former senatorial aspirants in the zone, Mr Christopher Oni Tosin (Apolo Faramebi) at the latter’s residence in Egbe.

The APC flag bearer’s visit to Apolo is part of his scheduled visits to his co-APC aspirants before the primaries and major stakeholders in the seven local governments in Kogi West zone ahead of the 2023 polls.

Karimi had earlier visited other aspirants like Engr Olusegun Joseph and Hon Isah Abdulkarim both of whom pledged to work for the victory of the APC in the general election, while also collapsing their structures under the APC campaign organisation for Karimi.

Welcoming Karimi to his residence on Saturday, Apolo Faramebi promised to mobilize his structure to ensure victory for the APC with a pledge to bring all his supporters from across the three federal constituencies into keying in to success of Hon Sunday Karimi next February.

In his remarks, Hon Karimi thanked Mr Apolo for his sportsmanship, demonstration of maturity during and after the primaries and his continued support.

Describing the visit to the banker as a visit to “a brother”, Karimi promised to return every gesture and support given his aspiration by ensuring that everyone is carried along should APC emerge victorious in the Kogi West election, next year.

Spread the love
Tweet
Previous PostTwo Years of Purposeful Reforms by Dr. Muheeba Dankaka at FCC: A Scorecard Next Post2023 Census: 'Right the Wrongs of the Past', Ohinoyi Ebiraland Urge NPC