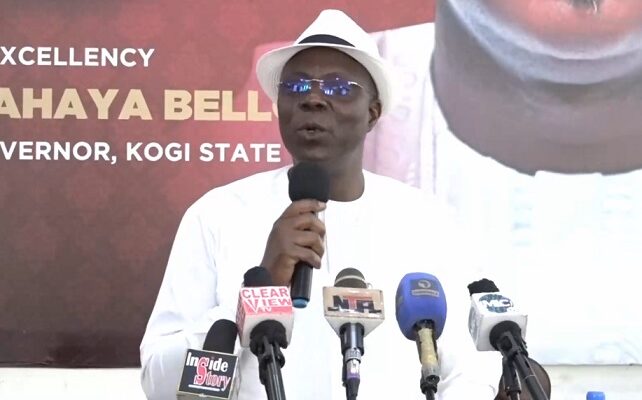 Findings by this reporter have shown that a report circulating that the Speaker of the Kogi State House of Assembly, Mathew Kolawole, was booed in the state government’s house for allegedly suggesting that Kogi Central deserves to keep the governorship after Yahaya Bello is false.

According to findings, at around 9 p.m. on Wednesday, this reporter called some Assembly members who do not want their names mentioned, and it was confirmed that no such incident occurred. A few senior aides to the governor also confirmed to our reporter that the news is completely false.

It was learnt in a video watched by this reporter that the Speaker only jocularly talked about Ebiras taking over from governor Bello and was never booed in the government house.

Though there has been cold wrangling over who should be the next governor of the state since the Igalas governed for nearly 21 years and Ebiras only two terms, with Okun serving only a few months in an acting capacity.

Top government officials’ body language suggests that power may remain in the hands of the Ebiras for equality and political balance. It is also believed that the governor has prepared capable hands in the government to take over from him in 2024.

A top government official, responding to the cold agitation over who should be the next governor, stated that it is unfair for the Igalas to continue after governing for many years. He advocated for the next governor to come from Ebira land or Okun in Kogi West. He also revealed that the Speaker of the house is revered and cannot be booed in the government building. According to him, the Speaker has the support of the majority of House members and has thus been able to defeat all previous attempts to depose him.

Another high-ranking government official stated that tribe is not as important as competence, and that the state has expanded beyond tribal agendas. He stated that whoever succeeds Bello will be capable, regardless of tribe.

Analysts believe that the Ebiras or Okun have reasons to continue from Yahaya Bello because the Igalas have already governed the state for 21 years beginning from late Prince Audu Abubakar to Ibrahim Idris and then Idris Wada. They claimed that in a state with diverse ethnicities, power should not be concentrated in the hands of a single tribe for an extended period of time.

An Igala political group also said that it’s fine with whoever the governor endorsed as his successor.

Okene currently has the most registered voters, with Dekina local government in the Igala zone coming in second.