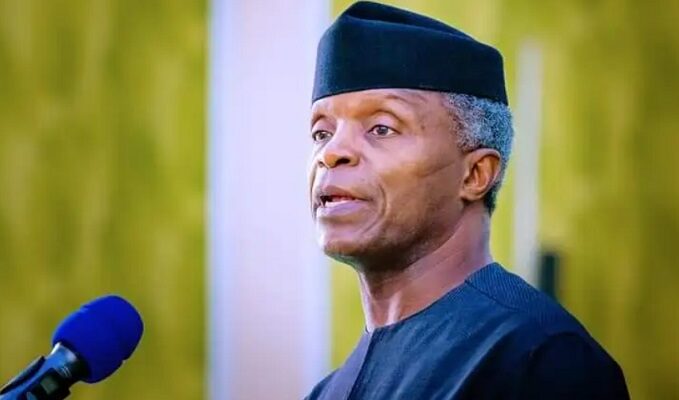 The Vice President had on Saturday underwent a successful surgery for a leg fracture at Duchess International Hospital in Ikeja, Lagos State.

A statement jointly signed by NMA Chairman, Dr Abubakar Alhassan; and its Secretary Dr Chimezie Odebuani, on Sunday in Lokoja, commended Osinbanjo for his great leadership, saying he deserved award.

”The attention of the Kogi State Chapter of the Nigerian Medical Association(NMA), has been drawn to the successful treatment of the Vice President, Prof Yemi Osinbanjo, by a team of Nigerian doctors in a Nigerian hospital following an injury he sustained while playing squash.

”The highly cerebral Vice President didn’t resort to flying out of the country to Berlin, Paris, or any of the advanced countries of Europe or America for medical tourism.

”The VP chose to seek medical attention within the country even with the avalanche of resources at his disposal which would have enabled him to seek attention outside the shores of Nigeria.

”NMA Kogi sees this display by the Vice President as great patriotism and should be applauded,” NMA said.

The association also noted that the former Governor of Kogi State, Idris Wada, similarly chose to seek medical attention at home following his involvement in a ghastly road traffic accident as a governor.

The association, therefore use the medium to call on Nigeria leaders to take a cue from the Vice President and believe in the nation’s health institutions and her professionals who were among the best trained in the world.

NMA Kogi also calls on government to fund medicare development in Nigeria better and also develop our hospitals to standards for health care delivery of the highest standards.