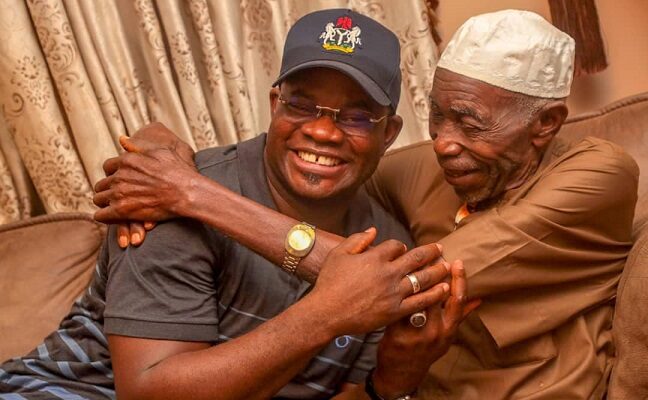 A community leader from Ajiolo-Ajikpome in Dekina Local Government Area of Kogi State, Pa Yusuf Okala has poured encomium on Governor Yahaya Bello, affirming that the state has witnessed tremendous infrastructural development under his administration.

Pa. Okala popularly referred to as Baba Clifford Ajiolo who is also the father of the State Auditor General, thanked the governor for bringing to bare equity, justice and fairness in the selection of his appointees across the three senatorial districts of the state.

The governor who visited Pa Okala during his tour to the Local Government , particularly to inspect the community secondary school, Ajiolo-Ojaji was told that, his administration’s strides were highly commendable and that history would be kind to his good leadership and kind gesture to the people.

Pa. Okala added that the governor has also ensured that projects touching education, health and other critical sectors that touches the lives of citizens directly had been evenly allocated to every nooks and crannies of the state without disparity or bias.

Governor Bello who was full of appreciation to the community leader for his kind words thanked Pa Yusuf for his role as a leader in the community and a worthy father to illustrious children.

While charging him to continue to foster peace among the people of the community, he alluded that development could only be sustained in a peaceful and cohabiting society.