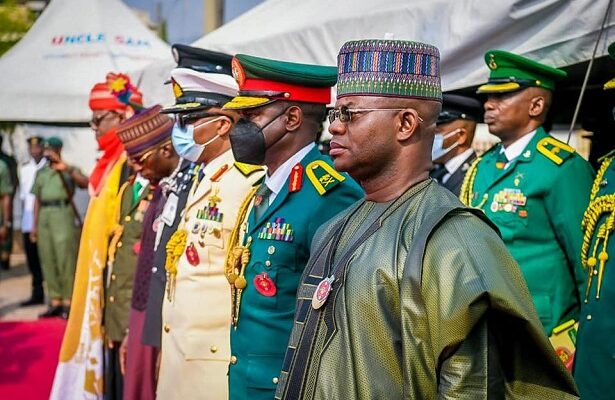 Kogi State Governor, Alhaji Yahaya Bello has been nominated for the Distinguished Award for Security Management at the forthcoming Nigeria Excellence in Public Service Award.

In a letter addressed to Governor Bello from the Office of the Secretary to the Government of the Federation, and signed on behalf of Mr Boss Mustapha by Dr Nnamdi Maurice Mbaeri, permanent secretary (General Services), the award ceremony is billed to hold on October 21, 2022 at the State House Conference Centre. President Muhammadu Buhari will present the award to the governor at the occasion.

Since assumption of office on January 27, 2016, Governor Yahaya Bello has been widely acclaimed as ‘most security-conscious governor’ for his onslaught against crimes and other forms of criminality in Kogi which has made State one of the industrial hubs of the Northern Nigeria lately

Administration of Yahaya Bello has also made significant impact in healthcare infrastructure, road construction and rehabilitation including the first flyover bridge in the state, education, sports, agriculture, civil service reform, youths and women empowerment among others.

Bello has vowed not to rest on his oars until the last second of his administration as he continues to provide good governance for the people of the Confluence State.

Reacting to the award, Bello said “The only way we can show gratitude to the people for the mandate given to us is to continue to ensure their safety and means of livelihood. By providing peace and security, our administration has enabled the establishment of not less than ten different companies/industries in the last six years. In the last seven weeks, we have signed about fifteen MoUs from both foreign and local investors who have found our state safe and prosperous for their investment. We will continue to serve the people with all our heart and might. We were elected to serve the people. We will continue to offer quality services to our people. Today, even our worst critics and those who can remember what kogi used to be as regard insecurity will agree that we have delivered excellently on our campaign promises. I thank the Presidency for the recognition and the award”.

Governor Bello has won several awards on security from within and outside the country including the Inspector-General of Police Security award in 2017.