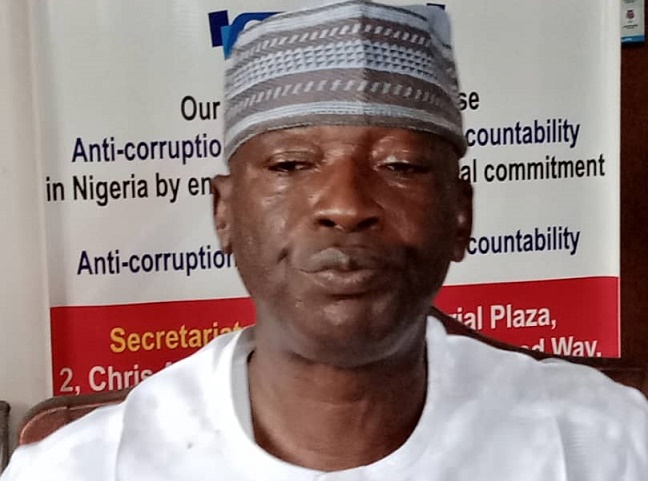 Kogi at 30: Three Decades of Underdevelopment

Kogi State was created on the 27th of August 1991 during the military government of General Ibrahim Babangida. Since then, we have had four military Governors, and four civilian Governors, including an Acting Governor.

30 years in the life of a nation, individual, or any institution for that matter or even a state like Kogi, may not have gotten to the promise land, however, a 30 years old person is an adult anywhere in the world, and can be held responsible and accountable for his or her actions. Therefore, the 30 years of existence of Kogi State calls for sober reflection, evaluation and stock taking.

While we congratulate the people of the state, at least for the peaceful co-existence, despite the misrule, misplaced priorities, lack of inclusiveness of the people in governance and above all, fantastic corruption, it is a disappointment that a state like Kogi, whose citizens are making huge contributions in Nigeria, and globally, could not boast of a development plan that could last for 10 – 15 years, that is SMART complaint (Specific, Measurable, Achievable and within a Time frame).

Each successful government in Kogi State comes out with individual plans without a blueprint to serve as a guide for any in-coming government.

As at today, 30 years on, Kogi state is the only state in the federation without its state-owned television in this 22nd century.

The roads across the state are no-where near international standards, as potholes are the major characteristics of all roads in the state.

Several abandoned projects litter the state, with no valid reason given for this abandonment, as contracts were given without due process and mostly it is based on political relationships and considerations.

This is a state that has produced three Attorney Generals of the Federation and Ministers of Justices, also produced two National Chairmen of the Nigerian Bar Association (NBA). The state has also produced a Chief of Army Staff, Chief of Air Staff and 2 Chiefs of Naval Staff, an Inspector General of Police respectively.

Despite all these human resources, the state is the least developed amongst all the states in the federation. It lacks meaningful presence of industries except the privately owned cement factory which seems not to have any impact in the infrastructural development of the State.

We therefore ask the question: What is really the problem of those who have been privileged to lead the state? Is it lack of vision? Or the required ideas? Can we be proud of the level of development currently witness in the State, despite the huge human and financial resources available to State, particularly under this current government?

The current administration seems to also be making the same mistakes like its predecessors, as the government came into power without a blueprint and could not tell the people its direction upon inauguration. Even the so called ‘New Direction Agenda’.

How could a government have stayed five (5) and half years without building and commissioning one bed room apartment or any single road, despite the government having received not less than 400 billion Naira? Which include the bailout funds, Statutory Allocations, Paris Club Refund and Internally Generated Revenue (IGR). This does not include revenue received by the 21 LGAs under the current government.

Even the street lights in Lokoja, the state capital, that was refurbished by this government, as several of them have been destroyed without replacement.

We therefore call on all government institutions and the 3 tiers of government to re-examine itself whether they have lived up to the expectations of the people despite the huge resources that has gone to them.

It is worrisome and shameful that the Kogi State House of Assembly does not boast of a functional website, more than 20 years of existence. This cannot be acceptable in this era of ICT where the world is becoming a global village. Even the road leading to the Assembly that host several important institutions, such as, Central Bank of Nigeria (CBN), the Head of Judiciary in the State, the Federal High Court, Zone 8 Headquarter of the Nigeria Police Command (NPF), Department of State Security Services (DSS), News Agency of Nigeria (NAN), the 25,000 capacity Confluence Stadium, State Headquarters of The Nigeria Custom Service (NCS) etc, is in an embarrassing situation.

30 years of creation, many laws passed by the State Assembly have not been gazetted and published.

However, despite the gloomy situation we have found ourselves in the hands of our leaders and representatives, several opportunities are still available to change the situation and the narratives.

We call on the present administration not to continue making the mistakes of the past where they had failed to separate governance from politics and had failed to form an inclusive government.

We call on the present governor and government in the state to put in place machinery for development plan for both short, medium and long terms. The government should organize conferences to look at available resources in the state, both human and materials, that would be used for the development of the state which will outlive the present government, particularly on housing, mining, marine, industrial layout, tourism etc., particularly the development of Mount Patti that can generate huge revenue for the state.

Regrettably, the kangaroo Local Government Elections conducted on the 12th December, 2020, and the only election conducted by this administration in the State, and whose the declared winners by State Independent Electoral Commission (SIEC) were inaugurated on the 14th December, 2020, whose tax payer’s money was used for that purpose. No result have been declared eight (8) months after. Even for the purpose of records, documentation and research, the citizens are yet to be told who win what and where statistically across the 21 local government and 239 wards, as been the practice by all elections authorities in Nigeria and even globally.

Definitely, Kogi State is in need of development and the citizens should be concerned about the current level of development which is an embarrassment to the people of the State 30 years after.

As we work towards 2023 general elections that will produce new leaders and representatives across board, we call for prioritizing Anti-Corruption and Accountability that will improve the development of the State beyond the unfortunate and underdevelopment we find ourselves in the State.