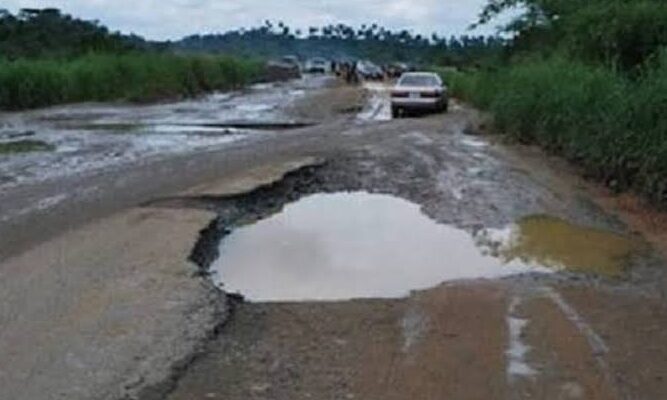 Infrastructural development is one of those points of argument that supporters of President Muhammadu Buhari always throw up whenever his performance is up for appraisal by his critics. Data that backs this up in most instances is what is dished out every Wednesday by any chosen minister who addresses the state house correspondents at the end of every federal executive council (FEC) meeting, announcing the award of contracts on road construction worth billions of naira and other infrastructural projects.

Every Wednesday, this writer looks forward to hearing a mention of the trunk-A federal road — Lokoja-Kabba-Egbe-Ilorin — that connects his constituency (Kogi west senatorial district) to Kwara, and strategically, the federal capital territory (FCT). The road also connects the district with parts of the south-west geopolitical zone, but announcing the award of a contract for its rehabilitation/reconstruction is never forthcoming.

The only government presence one feels on the road is neglect. The neglect which started during the years of PDP’s reign in power is cumulatively brought forward to this APC era, going on ad infinitum.

This set of parliamentary representatives have at one time or the other flaunted the kinds of influence they peddled on the floor of the ‘red chamber’, but none of them could bring to bear those influences on the socioeconomic significance of this very strategic road to their respective constituencies.

Senator Smart Adeyemi was wont to tell whoever cared to listen then, how much of access he had to the “listening gears” of the then president, Dr. Goodluck Jonathan, but nothing came out of it, except when, in the run-up to the 2015 general election, a portion starting from ABU (DAC) College of Agriculture Kabba to about 300 metres into Ayetoro Gbede town, covering a total of about 17 kilometres was scratched. And immediately the election was conducted and the result came out and swept most, if not all, of the PDP public office holders away, the contractor simply disappeared into thin air.

Senator Dino Melaye is another who never hid his closeness to the then Senate President, Bukola Saraki, but he failed to remind his benefactor-friend during any of the four budget-hearing sessions they had together that his people need the road to be rehabilitated, more than they need packs of Indomie, Ajinomoto, 12.5kg pack of rice, popularly known as ‘stomach infrastructure’. That was, and is still, the most popular instrument of governance among most Nigerian politicians.

When the opportunity presented itself again for Melaye to redeem himself in 2019 during the senate’s ministerial screening session — in his short-lived second term which he lost at the court to the incumbent — instead of asking the then minister-designate, Babatunde Raji Fashola, questions on federal projects that have either not been attended to or have been abandoned completely, he chose to ask Fashola (such a brilliant fellow for that matter) to sing the second stanza of the national anthem. Meanwhile, his colleagues from other parts of the country seized the opportunity to grill the former Lagos state governor on federal projects in their respective constituencies, and tried to extract some commitment, should he be given the portfolio again. Fashola, of course, sang it very correctly and then with panache, signalled for the next question.

Senator Smart Adeyemi has not fared any better than either his performance in his first advent or his successor-predecessor, as the only notable thing he has done so far is to dramatise the issue of national security on the floor with effusive emotion, in addition to usurping the functions of Governor Yahaya Bello’s chief press secretary, Onogwu Galacticus, by insulting the Abia state governor, claiming to be avenging an insult alleged dished out to his political benefactor, his governor, by the senator representing Abia South, Enyinaya Abaribe.

It would be recalled that this was a senator that earned the infamous soubriquet, ‘The 4th Senator from Kwara State’. This is not unconnected with the fact that all his private investments (mostly hotels) were sited in Ilorin — which many believe would have been better sited in his state to at least employ few constituents. To choose where he sites his business is in every ramification his right, (don’t get me wrong). But not when you are representative of a constituency that is in dire need of investment to ease the problem of youth unemployment.

That is the quality of representation we’ve been getting from those charlatans.

There’s no gainsaying the fact that the Lokoja-Kabba-Egbe-Ilorin is the most economically important federal road, as far as the people of Kogi west and Kwara south senatorial districts are concerned.

The failure of the road has rendered the people, mostly farmers who dwell along the road, poorer than they’ve ever been, as farm produce displayed by the roadside (and usually bought by travellers from Ilorin to Lokoja, Abuja, Makurdi, Onitsha, Aba, Port Harcourt, and vice versa) no longer have that guaranteed market.

Commuters now travel to and fro these places via Ekiti state, which further lengthens their travel time, in addition to taking away people’s livelihood.

Due to the abandonment, even by police and other security agencies (for obvious reasons – no room to extort commercial and even private motorists), armed robbers and kidnappers have chosen the place as their regional headquarters. No serious-minded armed robber would waste his time looking for a gun to rob there. They’d rather use horsewhip, as their victims would be embarking on a suicide mission, should they decide to offer any form of resistance. Little wonder, the chairman of Yagba west LGA of Kogi state, Pius Kolawole, was recently kidnapped on the road, while his co-traveller, a state commissioner for pension board, Solomon Adegbayo, was not so lucky as he was killed by the kidnappers on the spot, while they went away Kolawole.

I must say it is heartwarming to see the honourable minister of works and housing, Babatunde Fashola, traversing the length and breadth of the country, inspecting and commissioning projects. I need him to know that the people of these areas (Kogi west and Kwara south) are also eagerly awaiting the day it will be their turn to receive the workaholic of a minister for the contract award (don’t tell me it has been awarded before) and the commissioning of the road.

Right now, it seems as if the contracts awarding committee (the FEC) has forgotten that these two senatorial districts that are contiguously situated along the road, historically connected and culturally related are still parts of the Federal Republic of Nigeria, and should therefore be remembered on one of these ‘Wednesdays of Miracle’. The road needs more than attention now. On behalf of the people of these senatorial districts, whatever the offences are, Fashola, please forgive us and fix the road from Lokoja to Ilorin.