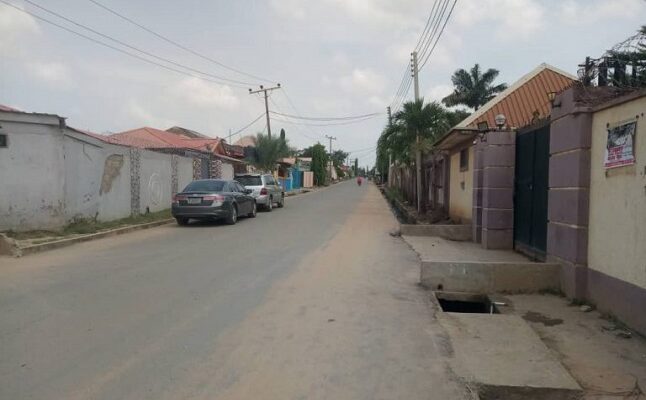 And, this has continued to be the practice despite the existence of the Public Procurement Act, 2007 and Fiscal Responsibility Act 2007 that criminalize the award of contracts in violation of procurement rules.

For instance, section 58 of the Public Procurement Act, 2007 makes it offence with offenders liable to five or 10 years imprisonment for awarding contracts without due process and in line with the law. While section 38 of the Fiscal Responsibility Act 2007 makes it an offence for contracts that are not awarded in compliance with procurement rules.

Although, there exist laws that regulate contract awards in Nigeria to ensure there is no room for corruption, transparency and accountability upheld in the entire process, investigations by MAWA Foundation have uncovered how MDAs are engaged in an apparent abuse of the laws and are awarding contracts in a total disregard and breach of the law.

The Federal Ministry of Agriculture And Rural Development, in a total violation of the Public Procurement Act and Fiscal Responsibility Act, awarded a contract for the installation of 15 units of Solar Street Lights at Angwan Gede Community in Kuje Area Council of Abuja, the Nigeria capital city.

The contract that was awarded to Mertai Multi-Service Limited, a company registered on April 6, 2009, and has its operation at Plot 439 Lobito Crescent, Wuse II, Abuja, was carried out without procurement process followed.

An FOI request the Agric Ministry in disobedient to the law has since refused to respond.

“Why are you bothered about procurement procedures in Agric Ministry, I can tell you for free, virtually all the companies that got a contract to execute projects under the ministry bribed their ways through”, the official told MAWA.

“Go and speak to the contractors, if they are sincere, they will tell you how much they paid to secure contract award, these things are not free, money must exchange hands,” the official added

When MAWA Foundation visited Plot 439 Lobito Crescent, Wuse II, an address the Mertai Multi-Service Limited claims to be operating from, no such company was found. Mr. Ephraim Ogbonia, who spoke to MAWA at the premises, said he is not aware of such a company having an office in the area.

Worse still, MAWA Foundation’s visit to Angwan Gede Community in Kuje Area Council of Abuja, shows that despite the money being paid to the contractor, nothing was done and the project was not executed.

Community residents who spoke to MAWA Foundation during the visit and conducted our officials around, said the only solar street lights in the area that are not more than four, were installed eight years ago at the Baobab Tree area and have since stopped working a long time ago.

When MAWA asked residents if they were consulted regarding the project award, they all answered in affirmation that nothing of that whatsoever happened.

Mr. Amza, a community resident and youth leader who spoke to MAWA said there was no project of such carried out at the community, and wondered why there will be consultation when there is no such plan to install solar street lights in the community.

The Office of the Senior Special Assistant to the President on (OSSAP-SDGs), in what appears a violation of the Public Procurement Act and Fiscal Responsibility Act, has been caught in the act of awarding a contract in a violation of extant laws regulating procurement processes in Nigeria.

Investigations by MAWA Foundation have uncovered how the OSSAP-SDGs awarded the installation of 200 units of Solar Street Light at Youth Centre, in Bwari Area Council of Abuja, the Nigerian capital city to E-Concept Technologies Limited at the sum of N139, 341,194.85 in disregard to the Public Procurement Act.

Having gotten the tip that the OSSAP-SDGs may have awarded the contract in disregard to the procurement rules, MAWA Foundation using the FOI, requested the agency to provide us with the following information:

(1) The report of procurement/tender bid leading to the selection of E-Concept Technologies Limited in a contract award for the installation of 200 units of Solar Street Light (Type B) at Bwari Youth Centre, FCT Abuja.

(2) Bank Statement of payments made to the E-Concept Technologies Limited regarding the project execution.

Requests the OSSAP-SDGs has since refused to respond, rather sent the contractor who got the contract to work towards getting MAWA Foundation to drop the report showing how it awarded the contract in breach of procurement laws.

Mr. MM Bagana, the Chief Executive Officer (CEO) of E-Concept Technologies Limited, speaking to MAWA Foundation, admitted that due process was not followed by the OSSAP-SDGs before his company was awarded the contract.

Mr. Bagana, who did not want the report to be made public, and his company indicted offered to give MAWA Foundation the sum of 2,000 Dollars bribe to kill the investigation, or in a worst-case scenario, water down the report and by ensuring his company name was not mentioned.

When MAWA visited the project site at Bwari, it counted about 159 Solar Street Light Poles at the Youth Centre, while community residents said all of them are functional.

Mr. Rufai, a resident of the community who lives opposite the Youth Centre, told MAWA that the project was completed about five months ago.

Asked if the community residents were consulted regarding the contract award and selection of the contractor, Mr. Fufai said that was not done.

Another resident Mr. Musa Ibrahim, who said he is very close to the traditional ruler and has a good knowledge of what goes on in the community, told MAWA officials that no consultation regarding the project was done with the residents.

Mr. Issac Gabriel, one of the youth leaders who spoke to MAWA, argued that there is no point asking the community residents if they were consulted by the OSSAP-SDGs regarding the project, pointing out that virtually all communities in Nigeria including Abuja were not always consulted regarding contract award and project execution.

“I am surprised to see you ask community residents if they were consulted regarding the contract award and selection of a contractor, if you know the country very well, communities are not usually consulted, Bwari is not an exception, you know the practice, asking community members such question simply means looking for what does not exist,” Gabriel told MAWA.

Another community resident, Mr. Jonathan Danlami, who said he is one of the workers that undertook labourer jobs during the solar street light installation, told MAWA that they dug each of the holes for N300 an amount that shows the contractor may have made a huge gain from the deal.

The Federal Ministry of Environment appears to have awarded a contract for the construction and erosion control at Nut-Peace Mall Road in Sabon Lugbe Estate Phase II in Abuja Municipal Area Council (AMAC) to Megabond Engineering Limited at the sum of N38, 909,059.40 in non-compliance to the Public Procurement Act and Fiscal Responsibility Act.

A senior official in the ministry who did not want to be quoted told MAWA that there was no contractor that got contract(s) with the ministry that did not bribe his or her way through. In Nigeria, you do not get a contract based on merit, some bribes must take place, and that has continued to be the practice, the official added.

When MAWA visited the project site, community residents said they were not consulted for the project and were not involved in the selections of contractor.

Mr. Somtochukwu, a community resident told MAWA that his father is the chairman of the landlord association in the area, and, that at no time was there any consultation regarding the contract. He disclosed that they woke up one morning and saw equipment mobilized to the site and work commenced.

“In communities, do government consult residents before implementing projects, you will just see equipment and a signpost, why are you asking us as if Lugbe is different, don’t you know what is obtainable in Nigeria, Somtochukwu,” told MAWA officials.

A senior staff of Abedini Hotel, which is located in the area, while speaking to MAWA, said no consultation was carried out regarding the contract. He, however, narrated how the hotel was forced to pay money for the road to be extended to the area.

“I am not aware of any consultation made regarding this road, we only saw signpost and construction equipment,” the Abedini Hotel official added.

A contract for the provision of instructional materials, textbooks, furnishing and equipment at the Demonstration Primary School, Gwagwalada in Abuja appears to have been carried out without adherence to the procurement rules.

The contract awarded by Universal Basic Education Commission (UBEC) to Divik’s Global Services Limited at the sum of N6, 254,325.00, may have been concluded with disregard to the Public Procurement Act.

UBEC has since refused to respond to MAWA Foundation FOI’s request asking her to provide evidence that shows the contract was awarded in compliance with the procurement rules.

And this is even as MAWA had spoken to an official of the Commission who promised to ensure a response will be made to the effect. However, up till this moment no response from UBEC.

When MAWA visited Demonstration Primary School, which has been renamed Pilot Science School, Mr. Ibrahim Yusuf Ph.D., the school headmaster, confirmed that the contract was executed and showed us books, chairs and computers supplied by the UBEC.

He, however, told MAWA that the school management was not consulted regarding the contract award and contractor selection, pointing out that they only received the items from the contractor who delivered them.

Worse still, a senior official from the UBEC who spoke to MAWA via a telephone conversation, said the commission does not adhere to procurement rules in contracts awards, pointing out that it has loyal contractors that are always given contracts.

He accused the Commission management of corruption in contract racketeering.

“Stop wasting your time asking UBEC to respond to FOI requests regarding contract awards, you will not get answers, they do not have such records, contracts are awarded to friends, and contractors considered loyal that can bring returns, the official told MAWA.

Considering the clear cases of Public Procurement Act and Fiscal Responsibility abuse by the MDAs, there is an urgent need for coordinated advocacies by the Civil Society Organization (CSOs) and the media that will force the government to pay adequate attention to how government officials breach procurement laws in contract awards.

In the advocacies, government officials and companies that have benefitted from the abuse and breach of procurement laws must be put to trial and be convicted if found guilty, in that way, there will be adherence to accountability and transparency in the ways contracts are awarded in the country and there will be value for money.