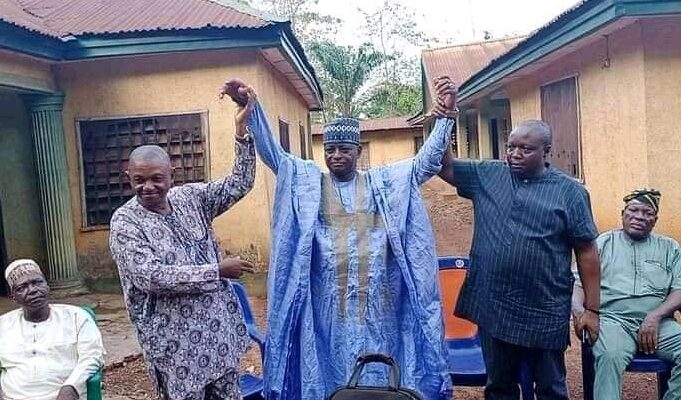 He made this known while addressing ward party executives in Ajaka Ward II. Enefola was accompanied at all consultations by major party stakeholders, government appointees and community leaders.

The popular aspiring lawmaker held a series of meetings which started with traditional rulers, followed by religious leaders and community leaders, and ended with party executives across the ten wards

Hon. Enefola stated that he “consulted with traditional rulers, stakeholders and party executives regarding the state of the constituency.”

“I have come with my my friends and supporters to ascertain you level of competence in your current representative and to assure you that I can make a huge difference if given equal opportunity.

“I am consulting to discuss critical issues and problems affecting our state constituency, and to assure the people that I have what it takes to transform the lessons learned from the past four years into concrete actions that will be highly beneficial to the people of the constituency.”

He also said the warm reception and encouraging remarks he has enjoyed in his consultation tour gave him the “needed boost to contest the seat of House of Assembly member representing the good people of Igalamela/Odolu Constituency.”

The aspirant was publicly endorsed by all the chairmen of the ten wards visited and had record breaking number of party executives in attendance.

Spread the love
Tweet
Previous PostAustin Okai: The 'Messiah' for Dekina/Bassa Federal Constituency in 2023 Next PostKogi Governor Congratulates Aliko Dangote @ 65, Describes Him as a Passionate Nigerian