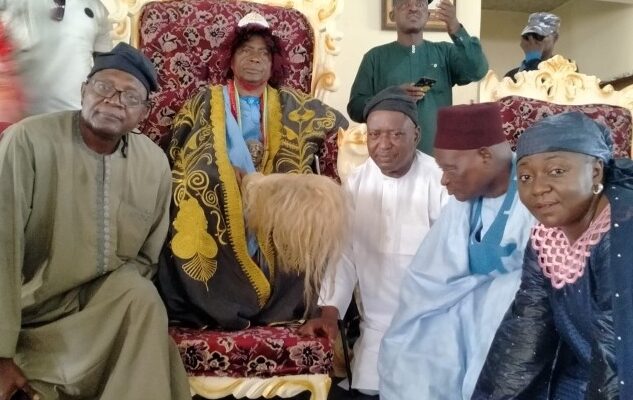 The incorporated leadership of Igala Development Cultural Association (ICDA), including members of the caretaker committee and leadership of the branches of the association in the 36 States and the FCT, have congratulated Ata Igala, HRM Mathew Alaji Opaluwa Ogwuche II, on the successful completion of the installation rites and ascension of the throne of his forefathers.

The chairman of the ICDA caretaker committee, Comrade Emmanuel Omattah, who issued a statement on behalf of the body on Monday, said it was heart cheering to hear that the installation rites of Ata was brought to a successful end with fanfare.

He added that as it stands now, Igala land is heading to a positive narrative.

“The restoration of Aju Ameh Achor Ruling House in the Igala nation gaining currency with the Federal Government’s approval of the rehabilitation of the 84 km Idah-Odolu-Nsukka road resonates with the good signs of better things to come.

“To us, this is just a tip of the iceberg, as this indication is a pointer that His Royal Majesty has come with loads of blessings which Igala land has been yearning for long.

“About a century ago, Aju Ameh Achor Ruling House lost the bid to ascend the stool of their forefathers in rather mind boggling and questionable circumstances.

“The intrigues and the manoeuvrings of the powers that be then checkmated their right to the throne with impunity resulting in the ostracization of the ruling house for over a century which almost classed out the lineage from succession line,” he said.

Omattah stressed that, “as axiom of the ages goes, ‘evil deeds on good is temporary’ and so the scheming that sought to exclude the Aju Ameh Achor Ruling House expired in November 2021, with the emergence of His Royal Majesty, Matthew Alaji Opaluwa Ogwuche Akpa II of the lineage” .

He prayed for the monarch that, “as you ascend the throne of your ancestors ,may your reign witness unprecedented peace, justice and development in Igala land.

“May your subjects experience desired changes, physically, spiritually and financially to quake the founding fathers of Igala nation.

“May Igala race take its position back during your reign in all scheme of things in the present equation called Nigeria”.