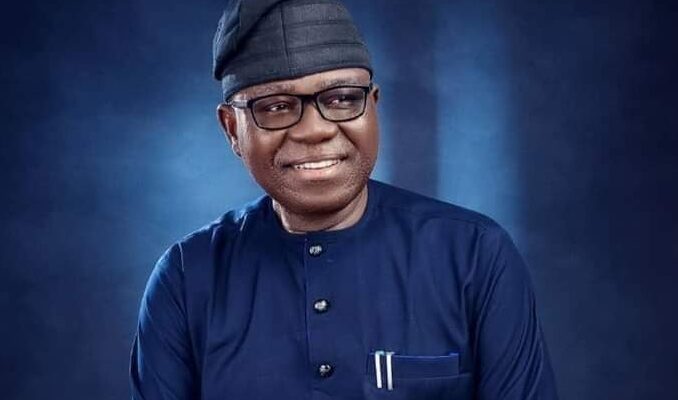 The House of Assembly candidate of Peoples Democratic Party (PDP) for Ogori-Magongo state constituency, Hon. Bode Ogunmola has expressed concerns over the deplorable state of infrastructure and poverty rate in the constituency.

Ogunmola, a former Commissioner for Information in the state, in Lokoja on Tuesday while unfolding his agenda for the people of Ogori/Magongo constituency in a chat with newsmen.

He lamented that a 4-kilometre road rehabilitation work embarked upon by the Governor Yahaya Bello administration over the last seven years was yet to be completed.

He said the All Progressives Congress (APC) has lost its relevance and touch with the people.

He said his experience as a former vice chairman in the council will assist immeasurably in ensuring good governance and infrastructural development to the people.

Ogunmola said the ruling party has been working at cross purposes with the people, having failed Nigerians on all fronts giving birth to the mirage of problems and challenges foisted on the country today.

“APC administration has not lived up to the expectations, hence the dire need for a change of the mantle.

“The ruling party has failed Nigerians and the people are tired of their maladministration and that this accounted for the massive turn out of crowd at the recent PDP Presidential campaign rally in Lokoja.

“The people would speak with their PVC in favour of PDP on the day of elections,” he said.

Ogunmola assured the people of quality leadership and representation and even distribution of democratic dividends, if elected.

He stated that he would focus his attention on initiating people-oriented laws and services, such that would create significant impact on the lives of his people especially the youths and women who constitute the greater majority.

The immediate past publicity secretary of PDP, Kogi state chapter, pledged to give priority attention to women and youths in the constituency through human development schemes, education and employment opportunities to boost their well-being.

“My mission is to give a formidable representation for the good people of Ogori/Magongo at the state assembly with a view to attracting developmental projects and promoting youth empowerment, reducing crime and guaranteeing adequate human and capital development in the constituency,” he said.

He promised that, if elected, he would lobby the executive arm of the state government to ensure that developmental projects aimed at improving the living standard of the people are attracted.