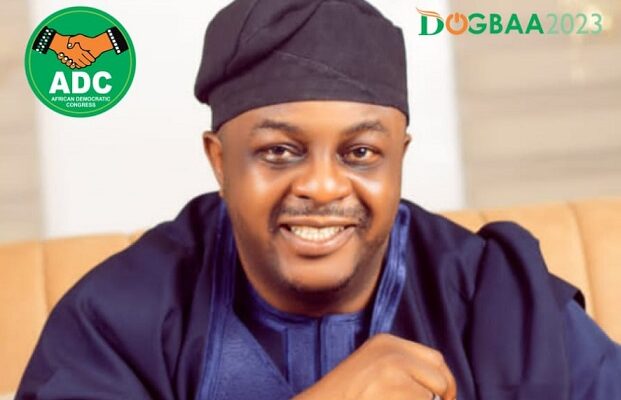 “There is never a paved expressway to an individual’s truly beneficial freedom, when freedom is offered on a golden platter, the value of the platter far too often over shadowed the offerings.”-Anonymous.

Every epoch in any clime throws up its own heroes. Men and women who in the midst of adversity and uncertainties saw clearly within the midst a vision of a glorious future and with unusual courage and uncommon determination pursued it’s actualization. These are men and women who have impacted positively the lives of the people and have become change agents that have altered the course of the society at a particular time, creating and moulding a society that has essentially left their footprints entrenched and embedded in all of its strata.

That is vintage Hillary Edime Amodu for you. He is one of the men in Kogi East senatorial district and Indeed Kogi state in general who fits perfectly into this descriptive analysis. A man who has committed himself practically to the propagation of the moral ethos and positives of the Igala nation more than any one before him with his flagship programmes – Who is Who in Igala land and the Igala carnival. A man today who has now decided to change the fortune of his people by humbly and practically acceding to their request of contesting the next senatorial election  in the Kogi East senatorial zone of the state.

Their request for him to join the senatorial contest under the ADC platform is for him to practically turn the politics of the zone into a vibrant and robust vehicle for developments in all its physicality.

Hillary Edime AMODU is a man that understands the needs of his people and what they yearn for and his capacity to mobilize his constituents to meet this expectations has never been in doubt. The people are now aware that they are part of the leadership recruitment system and they are responsible since for those they choose to lead as against the old ways In the past when a godfather sits and determined the leader he enthrones.

The people now knows a good leader when they see one and they have seen one in Hillary Edime Amodu who they see as the new kid on the block who would introduce a new type of politics dispensation in Kogi East senatorial district.

They have now come to the realization that politics is after all the mobilization and allocations of a nation’s resources to satisfy the interest and desires of its citizens and that is why this time around they have decided in taking their political destiny into their hands and choose for themselves a leader they can trust to do just that.

Hillary has shown consistently by his word and actions that he is the political equalizer the people need because he is unapologetically an apostle of the new type of politics that see development as the motive of seeking political power and this he would actualize through the introduction of a new political advocatie leitmotive that recognises politics as the people’s enterprise that needs the perfect enthronements of a very impactful business models for it to succeed.

In the Senate, he hoped to be a voice for everyone and as their voice, he would shape the lives of everyone and give to them the needed opportunity to participate in the political space acknowledging that the zone is blessed with a proud heritage that needed to be expanded into opportunity for all.

His programmes and priority would be tailored towards the frequent introduction of a “Listening Tour’ to the grassroots as not everyone could go to Abuja at the same time to present their needs and desires. This tour is design to make what has been consistently been seen as impossible becomes possible because he would exceptionally always be at the Beck and call of his people because they are the boss and he, the servant-senatior.

Hillary has become a politician by his own right and his evolution into politics from the communication world has made him amenable in communicating with the people in the ways they understand because he is the voice of his generation and that is his destiny.

As a senator, he is going to go into a new partnership with the people in politics and in developments, his charisma paired with their desires to make the dream of development in all it’s physicality come true in Kogi East senatorial zone his guts with their swine as the enabler. His popularity is as high as it has ever been today because his adulation comes from the many achievements he has made for himself in such a short time.

He has never been a desperate candidate or choice as his political platform choose him on metit. He has the people and the numbers behind him to offset because of his popularity and charisma, the behemothic political parties and their deep pockets stolen from the state tilt against the people’s development.

Today, the mood of our people have changed and the political playing field has shifted, so also the idea of Hillary Edime Amodu contesting for the Senate has gained plausibility. There in no denying the fact that the poverty levels, lack of basic infrastructural amenities, educational, health facilities, and above all the erosion of our leaders moral compass compasses and leadership incompetence as regards their performances at the hallow Chambers since the return of democracy has set their political stock tumbling as their approval levels by our people has plummeted several times over and the lowest setting the stage for the invitation of the new kid on the political bloc, Hillary Edime Amodu to take over.

Nobody in history can boast of outlasting the people forever as the time has come for this expected changes to take place. The last two elections in our country and the recently held election in Osun state are instructive that our independent umpire the INEC is now becoming a strong independent institution to upheld the decision of the people at the polls and the people being confident that their wish would prevail and determined to sweep non performing parties away have decided that the African Democratic Congress (ADC) is the sure vehicle they would employ to ventilate their wish for a change because previous changes have left the people clamouring for more change Without this hunger for change, the idea of Hillary’s contesting in the next election would not have materialized.

Hillary Edime Amodu has clearly becomed a political figure with a significant reputation that is positively urging him on, this aspiration is not only about him or his interest as it is of the people, a moving aspiration whose time has come.

Our people are ready for a change due to the failures  and past disenchantments with our former and present representatives in the hallowed chambers of the national assembly. Hillary has shown the people that he is different and this is the reason why he is politically likeable and he would not run for the Senate as a candidate for the ADC alone but for everyone.

Hillary Edime Amodu is a man of great moral authority and integrity. A leader in the truest sense of the word. He has spent his life pushing for justice, equality, recognition for the Igala nation, and development and progress of his people he is not interested in playing political games or having himself rich through the tilt and detriment of his people as that is the lessons he learnt from his parents. We need to elect someone who would practically work for the people.

Hillary is going into the Senate prepared. His time in the Senate would mark the beginning of an era and the end of an era of for his people when they have been wallowing in the wilderness of political underdevelopment. The past experience of our people shows our people has been severally humbled by its present reputation which has been sullied by our leaders and our people has been the but of jokes due to the crass ineptitude, loquacious ignorance, and rapacious corruption masquerading as governance. We need an urgent voice to take up the sacred duty of making us catching up and even leapfrogging our peers in other zones who have left us as of today, far behind. Hillary Edime Amodu knows very well that we may as a people not belong to the same political party nor share the same ideological leanings but we must come together in oneness and never allow the reins of leadership never again to fall in the hands of those who do not understand what governance and development is all about.

Join us by voting Hillary Ehime Amodu and together we can make this happen. You can take this promises to the bank.

Vote for Hillary Edime Amodu as our surest bet to reclaim our pride as a people and restore the values we are known for. It is now clear that we all with togetherness embark on this journey with him reflecting on the good character and pristine democratic values we hold dear that have been eroded in times past to the present into the cusp of charting a new course of sustainable developments out of the quagmire we find ourselves.