Home News Have We Gotten to the Last Bus Stop? 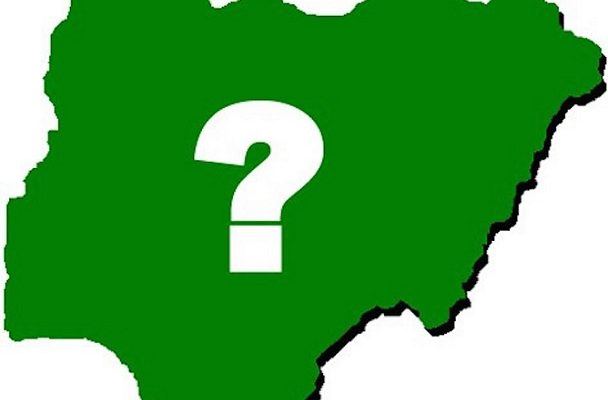 Have We Gotten to the Last Bus Stop?

Our journey to a current bus stop in a Mammy Wagon started on October 1st, 1960 to be specific. There were about 15 drivers of this Mammy Wagon that have driven us to where we are today. The journey took us through some winding roads of highs and lows that are full of bumps and crevices. We, the passengers were just coping with the ordeal of pains because none of the drivers had prior driving experience or had neither any driver’s license nor previous driving education lesson except for two that had the golden opportunity of driving the bus twice. Neither of the two displayed any significant difference from driving the first time and the second.

Experience from the first time did not translate into better or much improved driving. The passengers were suffering in silence moaning and groaning in pain from the rough driving and were barely tolerating one another in the beautiful wagon. There is a big chasm ahead, and the driver had to stop before the bridge, to check it to make sure if it is strong enough for the Mammy Wagon to carry the passengers over and that is where we are now stuck.

This is allegorical narration of a nation in pain; that is in daring need of a true national leader. Nigeria which became independent 62 years ago has been chaperoned to the current location by many personnel.

The Mammy Wagon is our country Nigeria with the 15 drivers. For the purpose of historical records, the list displays all the drivers in history with their official designated titles as at the moments they were in office.

In actual historical fact, these were the 15 men that have had the honor to lead Nigeria either as Head of State or President in the order they are listed. Two of them had come back the second time. They drove the Mammy Wagon to the “Last Bus Stop”, where it is today!

These are the men that have driven Nigeria to where we are today. Despite the fortunes we made from the oil, there was no world class infrastructural development. The supply of electricity remains epileptic; remember a time when there was 24 hours of uninterrupted electricity, and you will be notified if there was going to be interruption.

Today, there is no regular supply of electricity and as such there are not much needed industries, factories and assembly plants.

Today, investors are moving out, industries are shutting down; all these result in mass unemployment.

Today, our road network is still one of the poorest in Africa. Whilst embarking on massive road construction could have provided jobs to millions, today, there are no standard road networks with Rest Areas facilities.

Today, there is no pipe borne water system in many parts of Nigeria. Despite the fact that there are dams with water in them there is no running water to homes; instead, boreholes and sachet water pervade the whole country.

Education used to be a means that provides a breakthrough for the youth after they have moved away from the agrarian farm life long time ago. There used to be schools everywhere, from elementary to primary, secondary, higher and university education.

Today, what exists are dilapidated school buildings everywhere. There is not much left about public schools as teachers were not paid full salaries. Many state governors have become emperors with absolute powers in their states. They prorate salaries and paid teachers fractions or percentages of their full monthly salary. The rest of the salary is presumably diverted to the governors’ pocket. The President keeps mute about this egregious abuse which continues with impunity and no one is held accountable.

Higher and university education used to be funded through scholarship, there used to be federal awards for overseas foreign scholarships to universities. Today, there is nothing like federal scholarship for domestic and overseas; boarding houses are empty in some older secondary schools. Colleges with a population of a thousand students hitherto can hardly boast of two hundred students today.

Education is near total collapse. The public university system was closed down up to eight months. A nation that allows its education to die will also die in perdition.

From these observations Nigeria’s good days are far behind us, going from bad to worse. The litmus test of the health sector is another which sees our President and his families fly outside the country to receive medical treatments.

This is to say there is not one standard hospital in the whole country that could cater to the President’s health needs, meaning the whole health sector is depleted.

62 years after our independence, it is expected that we would have made substantial progress in all the sectors like Energy, Water, Roads, Health and Education. Alas, all are in state of disrepute! Currently, it has been another EIGHT wasted years as there was little or no national project that was completed. It is sad indeed.

We are retrogressing-the only country in the world to do so. Where we are today in terms of progress is much worse than during the independence period when we started.