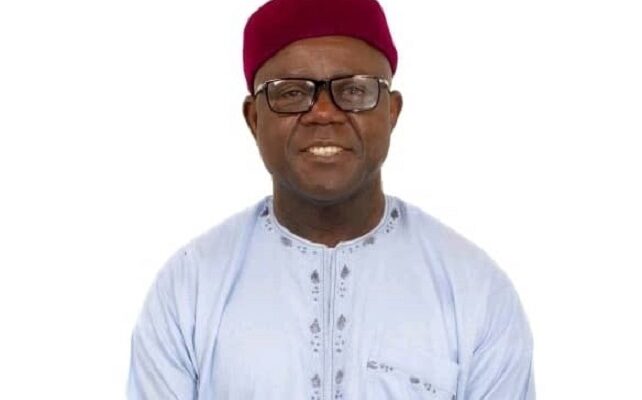 As we celebrate the birthday of a development icon in the person of Dr Sam Agada Omale, we must ruminate on indices that have spotlighted this global character.

Business entrepreneurship confers on one the excusability to be, maybe narrow-mindedly shrewd. This is somewhat fair and acceptable in the business environment especially being profit oriented. But in  partisan politics where impact on lives is most paramount, narrow minded partisanship therefore is an aberration, Dr Sam Agada Omale is one who has excused himself from such narrow-minded partisanship which usually hurts objectivity.

To be clear, the Kogi state leading Gubernatorial aspirant on the platform of the Labour Party is one of those in politics who needs no PR construct and no special painting to be seen in a picture that fits the frame; or to be regarded in decent thoughts. He makes efforts at opinion of him quite easy. The only thing you have to do is to describe the man in his true self.

A man of many parts. This Financial Economist is an Author, an accomplished Gospel Musician, an International Business Consultant, a Preacher of righteousness, a proximate intellectual with a knack for developing human capital and a lover of people. His ultimate desire is to serve his people and to take them from poverty , hunger and disease to a life of empowerment and self actualisation.

From the intrigues of the business environment as an Entrepreneur and founder of Rock Global Investment — to the skulduggery of conventional politics as a leading aspirant,  — he has drawn together an awesome range of refinement and circumspection. Not an axe-head, always a balm, he is translating his persuasive, progressive ideas into a new code of conduct for the Labour party and resultantly, the good people of Kog State.

Through his words and actions which align to the tenets of the party, abandoning illiberal and cunning schemes of “weaponisation of poverty”, Dr Sam Agada Omale is engineering a revival of the original founding culture of the true Kogi state . A persuasive reformer, he’s shrinking divisions and promoting broad-based unity. With his entrance into the Guber race has come a great deal of hope that has won the hearts of many kogites  in huge numbers, and won over chunks of opposition elements.

Dr Sam Agada Omale ‘s slogan, “Turning Potential into profitable productivity” has captured the problem of serial bad leadership which has characterized the state since inception

In seeking to be Governor, Omale’s approach does not seek to dominate. It is rather  persuasive, a reorientation approach, his methods allow those who differ in ideas and perspectives to see what the state will gain by having them endorse this movement. This is class leadership.

“Give me the liberty to know, to utter, and to argue freely according to conscience, above all, liberties”.

In Kogi State, it is a big, strong, people’s oriented movement with overwhelming numbers —  As a proponent of this shift of paradigm, he has birthed the KOGI PARTNERSHIP DEVELOPMENT INTERNATIONAL to drive this all important agenda.

In Nigeria’s political space, hitherto, pragmatism has been the driving force untill recently, with the entrance of idealism.

Omale’s ability to balance both concepts in his leadership offerings, with grace and insight – deploying each to suit situations and purposes – without a tear on his character, while at the same time engendering development, calls to attention his gift of tact. Widening the orbit with his strokes, not even a profoundest critic can argue rightly that  Omale has not gained a reputation as a promoter of the new Kogi state we envision, despite being the face of the emerging developmental idealism in Kogi  State.

It is indeed worthwhile and gainful to celebrate this man on his Birthday as he attains a new age milestone.

Spread the love
Tweet
Previous Post66 Achievements in 32 Months of Dr. Salisu Ogbo Usman as Rector, Kogi State Polytechnic, at a Glance Next PostHow We Tackled Strange Beliefs, Misinformation to Scale Up Uptake of COVID-19 Vaccines in Kogi - CPI