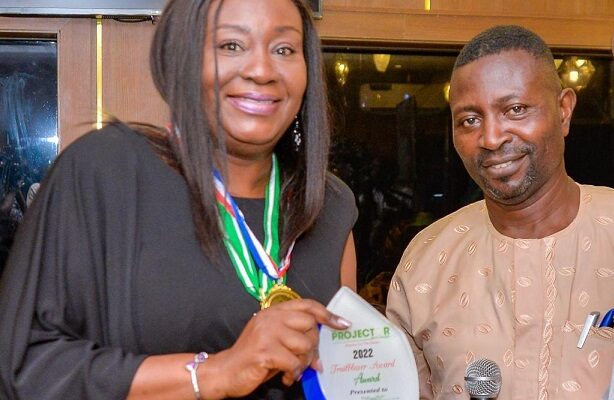 The Head of the Civil Service of the Federation, Dr. Folasade Yemi-Esan CFR has been described as a dedicated public officer with trailblazing achievements.

Publisher of The Projector Newspaper, Gideon Ayodele made this known in Abuja during a reception in Yemi-Esan’s honour after she was conferred with a national honour, Commander of the Order of the Federal Republic (CFR) by President Muhammadu Buhari.

According Ayodele, Dr Folasade Yemi Esan was nominated by the news tabloid for its 2022 ‘Trailblazer Award’ while celebrating the 10th year anniversary of the news medium.

He said that the national honour has justified her nomination for the “2022 Trailblazer Award”.

Mr Gideon Ayodele stated that the media outfit has been following Yemi-Esan’s activities over the years and have observed that she left her footprint everywhere she ever served.

These awards, according to him, recognise and celebrate individuals and corporate bodies who have distinguished themselves in their various endeavours and have contributed to human capacity building, community development, professionalism.

He added that the Projector Newspaper awards is a way to let recipients know that their contribution to making life better has not gone unnoticed.

He congratulated Dr Folasade Yemi Esan for the two honours while charging her never to relent in her impactful leadership and human capacity development which she is known for.

The former Deputy Chief of Staff to the Presidency, Prince Olushola Akanmode presented the award to Yemi-Esan on behalf of the news outfit.