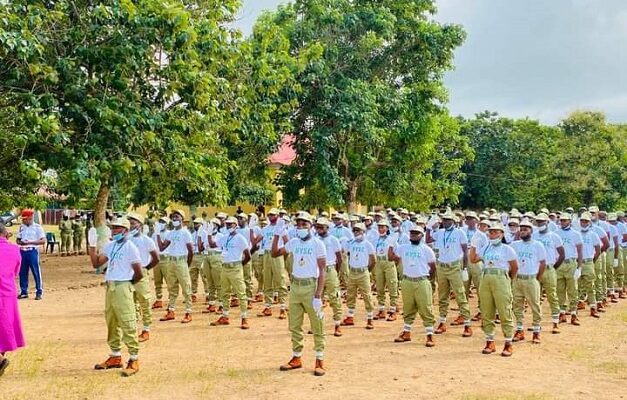 The Director General, National Youth Service Corps (NYSC), Brigadier General, Mohammed Fadah, urged the corps members to be security conscious at all times and report any suspicious characters or activities to the appropriate authorities.

Fadah gave the advice on Tuesday at the swearing-in ceremony of the 2022 Batch ‘B’ Stream l Corps members at NYSC Orientation camp in Asaya in Kabba Local Government Area of Kogi.

Represented by NYSC Coordinator for Kogi, Pastor Mrs Mofoluwasho Williams, the director general also enjoined the corps members to continue to distance themselves from cultism, drug abuse and other social vices.

He further advised the corps members to deploy their energy and time for the promotion of national unity and development, and sustain high level of discipline and enthusiasm.

He encouraged them to avail themselves of the opportunities for self-employment offered through the Skill Acquisition and Entrepreneurship Development (SAED) Programme.

He called on Corps Employers and other stakeholders, to continue to support NYSC especially in areas of security and general welfare of Corps Members.

Speaking to journalists in her own capacity, the State Coordinator, advised the corps members against engaging in partisan politics during their service year, saying, ”it is an offence”.

She stressed that the federal government and the people of Nigeria have so much trust and confidence in corps members, hence their engagement as ad hoc staff during election.

”For Nigerians to continue to trust us, my corps members must remain non partisan at all times,” she said.