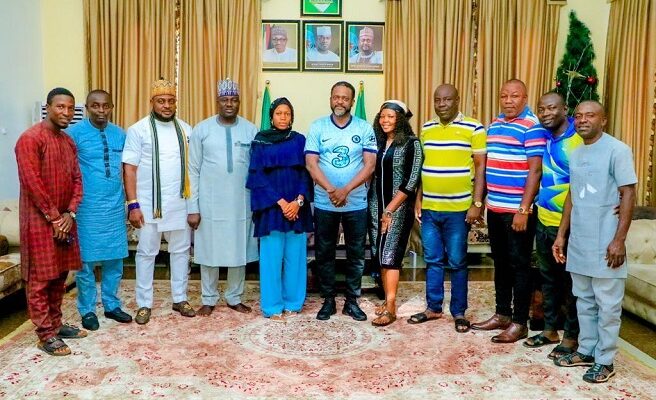 The Deputy Governor of Kogi State, Chief Edward David Onoja has reiterated the state government’s commitment in harnessing and encouraging talented athletes in the state with provision of needed motivation and infrastructure.

Chief Onoja stated this when he received the newly appointed Head Coach of Kogi United, Folabi Ojekunle in his office on Tuesday in Lokoja.

The number two citizen of Kogi State who opined that the state is blessed with abundant human resources in sports that, if well nurtured can make the state and country proud.

CEDO, as the Deputy Governor is fondly called, said the club have appointed the right person in Folabi Ojekunle who will take Kogi United to needed position among football clubs in Nigeria just as he promised to continue to synergize with relevant body and individuals in sport sector to ensure that all necessary things are put in place inline with the standard of his principal and leader, Governor Yahaya Adoza Bello.

Coach Folabi Ojekunle while thanking the Deputy Governor with his warm reception and his continued support appealed for more attention to both Kogi United and Confluence Queens especially in the area of welfare and general management of the club.

There were also remarks by State Commissioner for Youth and Sports, Honorable Idris Musa ‘Oando’ and the Chairman of Kogi United and Confluence Queens, Mallam Abdullahi Issa ‘Dolly’ eulogizing the State Governor and his Deputy for their support to sports just as they solicit more especially as regards sports infrastructure in the state.