Home News Death of 11 People in Kogi Accident Unacceptable, Those Behind It Must be Brought to Book, Lawyer Fumes 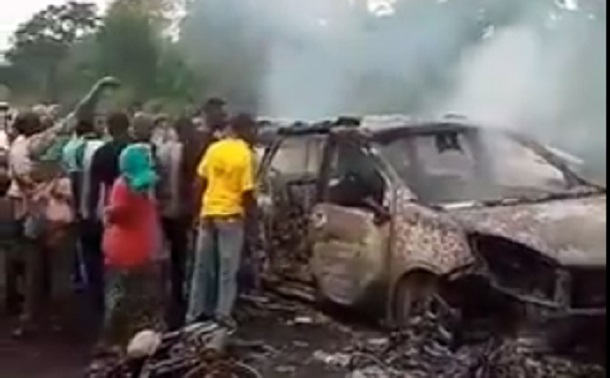 Death of 11 People in Kogi Accident Unacceptable, Those Behind It Must be Brought to Book, Lawyer Fumes

A lawyer and activist, Solomon Akobe, has described the recent accident which claimed the lives of about eleven persons around Ochadamu-Anyigba road as an “unacceptable” pain which requires proper investigation for the purpose of bringing those behind it to book.

Recall that it was widely reported that about eleven persons were burnt to death at Ochadamu, Kogi State on Thursday, the 10th day of November, 2022.

Reacting to the incident, the Lawyer said, “Yesterday, I watched video clips of the scene of the accident that claimed several lives in the most absurd and cruel manner along Ochadamu road, Kogi State. About eleven persons were reportedly burnt beyond recognition. This sad event is yet another testament of how human lives have become too cheap in our country.

“Several accounts as narrated by locals all point accusing fingers to certain categories of persons who are supposed to be the protectors of the lives of our citizens. In as much as the narratives remain allegation of facts, I strongly call on Kogi State Government to thoroughly investigate the ugly incident so as to unravel the root cause of this heavy loss.”

While calling on the government to order the immediate removal of all road blocks mounted by security agents on the road, the Lawyer called for stiffer sanctions on security agents and officers who are caught demanding for, or collecting money from, motorists and other road users.

“The acts of impunity and recklessness manifested through endless extortion of motorists on the roads constructed with the tax payers’ money have seriously contributed to the painful exit of many of our country men and women. It has indeed, become one agonizing tale too many in our Nation. This is unacceptable, to say the least. The guards of the people must never be allowed to be their executioners,” the Lawyer concluded.