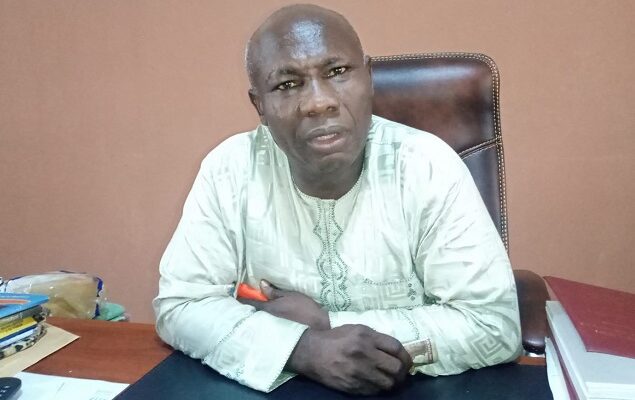 Comrade Ojo gave the commendation in a statement issued to journalists on Saturday.

He also commended the Kogi State Commissioner for Education, Science and Technology, Wemi Jones, for his laudable achievement in the educational sector, adding that his contributions will forever be remembered in the history of Kogi State.

While reacting to this kind gestures by Governor Bello and the State Auditor General for Local Government, the Kogi State ASUSS Chairman described education as the greatest industry in Kogi State, stressing that the State Government’s School Adoption and Mentorship Programme is a welcome development that will put the state in the pedestal of greatness in education among comity of states.

Making reference to the statement of former South Africa President Nelson Mandela, Comrade Ojo said
education is the most powerful weapon which any one can use to change the world.

“You can teach a student a lesson for a day; but if you can teach him to learn by creating curiosity, he will continue the learning process as long as he lives.

“A teacher affects eternity; he can never tell where his influence stops. Tell me and I’ll forget; show me and I may remember; involve me and I’ll understand. Intelligence plus character that is the goal of true education.

“The beautiful thing about learning is that no one can take it away from you. What sculpture is to a block of marble, education is to the human soul. Education makes a people easy to lead but difficult to drive: easy to govern, but impossible to enslave.

“These are the words of prominent scholars such as Martin Luther King Jr, B.B. King, Henry B. Adams, Clay P. Bedford, Peter Brougham, Joseph Addison and many more. We must commend the our amiable Governor Alhaji Yahaya Bello, the Auditor General for Local Government, Alhaji Usman Ododo and the State Commissioner for Education Science and Technology Hon. Wemi Jones. They have all done well. We thank them for taking our education to another level. We want other stakeholders to emulate this kind gestures as this will restore our lost glory in Kogi State,” he said.

He, however, advised the students to make good used of the text book as they progress in their academic career, noting that, Kogi State can return to its former glory in the country.

Governor Bello had on Friday, in Okene inaugurated the distribution of 11, 000 free textbooks to to all Senior Secondary Secondary (SSS 2) students in public schools across the three senatorial districts state.

The donation of the Chemistry and Physics textbooks was sponsored by Alh. Ahmad Usman Ododo, the Kogi Auditor General of Local Government in support of the State Government’s School Adoption and Mentorship Programme.

Previous PostGov. Bello Will Make Kogi Hub of Educational Excellence in Northern Nigeria - Commissioner Next PostDeath of 11 People in Kogi Accident Unacceptable, Those Behind It Must be Brought to Book, Lawyer Fumes