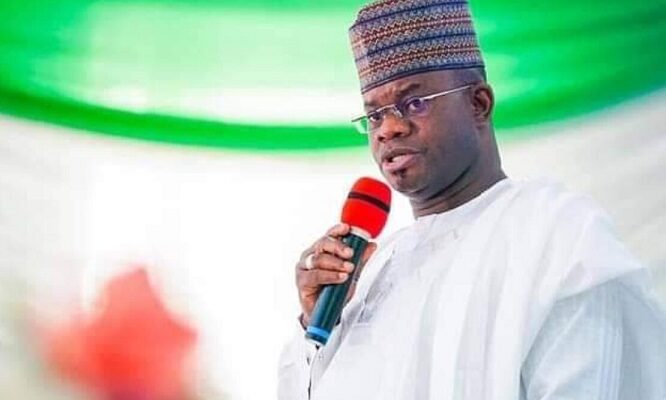 Group of shareholders’ associations in Nigeria have urged the Federal Government to urgently intervene and prevail on Kogi state government to stop further harassment of investors in the state.

They described the use of thugs to embarrass investors, such as meted out on Dangote cement and other companies located in Kogi State, as barbaric.

The group added that such unsavoury development will strongly discourage both local and foreign investments into the country.

President of the Association for the Advancement of the Rights of Shareholders, Dr. Umar Faruk, while speaking on the development criticised the State Government for being so insensitive to its populace, thousands of whom are depending on the Dangote Obajana plant for their means of livelihood.

He said it is unfortunate that someone who has championed investment, worth billions of Naira into a state in Nigeria, is being treated this way.

He called on the Federal Government to, as a matter of urgency, caution the Governor of Kogi State to be more civilized and professional in its dealing with investors in the state.

“Why should the governor of a state in Nigeria, mobilized vigilantes to seal a publicly quoted company? The same Governor did exactly the same thing to First Bank, making the bank close some of its branches in the state. Is that not executive rascality, using the state assembly to commit such an atrocious act?

“Federal Government should swing into action by protecting investors, else, the efforts being made to attract both foreign and local investors will come to naught. I hope the state realizes that Dangote Cement has foreign shareholders. What impression do you want these people to have of our government?

“I also urge the Federal Government to fish out those thugs, used by the State, for prosecution, so as to serve as a deterrent to others. This action will lead to loss of revenue, even for the Government, in terms of taxes, and erode the shareholder’s value,” he said.

In the same vein, founder of the Independent Shareholders Association of Nigeria (ISAN) and President of Boys Brigade Nigeria (BBN), Sir Sunny Nwosu said a reasonable state government would have gone to court against any publicly quoted company rather than resort to a barbaric and ruthless method of chasing workers with guns and cutlass in the civilized age.

“What the Kogi State Government did, honestly was very bad and disappointing. How can a state use vigilante with guns and cutlasses against a company that is feeding thousands of its people? A reasonable government should have gone to Court and not taken laws into its hands.

“This action is bad and will smear the image of both the Federal and State government. It will also affect the ranking of ease of doing business in Nigeria. Kogi is blessed with so many natural resources, but with the attitude of this government, I doubt if any reasonable investor, either local or foreign, will want to do anything with the state anymore”

The President, Pragmatic Shareholders Association, Mrs. Bisi Bakare said: “As an investor, we are not happy about the way things are going. If the State has problems with Dangote Cement on tax issues or any issue at all, there are a far better-civilized ways of handling it than sealing a factory that is contributing more than 30 percent of the cement Nigerians are consuming.

“The governor should realize that his position is transient and that the people of his state, whom he has deprived their means of livelihood will always remember him for bad! Can you imagine the number of people that will be out of jobs and the huge revenue loss to the government, the company, and us, the shareholders? The state, to me, has done a very grave mistake and the earlier the company is re-opened the better.”

Recalled that the Organised Private Sector (OPS) operators under the aegis of the National Association of Chambers of Commerce, Industries, Mines and Agriculture (NACCIMA) have lent its voice to the ongoing spat between Dangote Cement and Kogi state government which culminated into the closure of the Obajana plant of the Cement company.

NACCIMA expressed regret that the issues between the company and the state over tax disputes ought not to have led to sealing of the company but should have been resolved in a conciliatory and amicable atmosphere.

The body, in a statement signed by its Director-General, Olusola Obadimu, and issued in Lagos, said the state government should have trodden a path of caution and called for the immediate reopening of the factory for normal production activities to resume.

Obadimu stated that NACCIMA’s position was based on some key considerations bordering on the impact of the factory’s closure on the economy and thousands of people whose means of livelihood depend on the production activities of the factory.

“It is vital to note that it is a huge production plant that supplies key domestic input (cement) into the economy and employs hundreds of thousands of Nigerians, directly and indirectly. This is aside from its substantial budget for corporate social responsibility outside of taxes.

“Shutting off the factory does not necessarily help the controversial issue of compliance on tax remittable to Kogi state government. Rather a continuous operation of the plant would more likely facilitate a faster resolution of the dispute,” he said.

The NACCIMA boss then urged that the factory be reopened as quickly as possible to enable it to continue its operation and fulfil its necessary responsibilities, not just on tax obligations, but also keep the hundreds of thousands of Nigerians in its direct and indirect employment dutifully engaged; while sustaining its crucial services not just to the people and government of Kogi State but Nigeria in general.

It would be recalled that the Government of Kogi State last week, at the instance of the state governor, Yahaya Bello, invaded Dangote Cement, Obajana plant with over 500 armed members of the state’s security outfit, the Vigilantes, shot 27 staff and wounded several others.