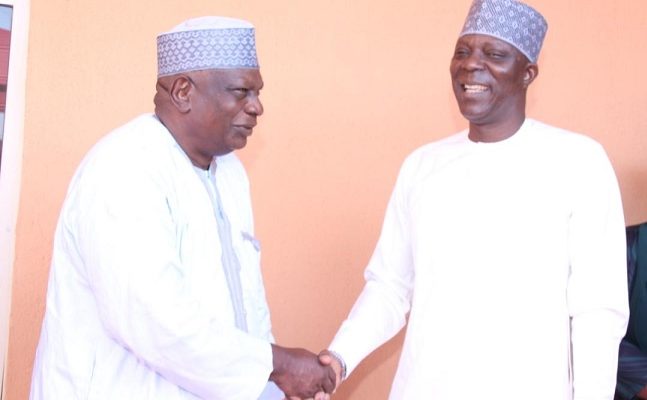 Speaker of the Kogi State House of Assembly, Rt. Hon. Matthew Kolawole, on Wednesday, visited the newly established Confluence University of Science and Technology (CUSTECH), Osara for an on the spot assessment of the level of work in the institution.

The Speaker who was received by the Vice Chancellor of the Institution, Professor Sadiku Salawu and other principal officers into the serene environment prepared to commence academic activities.

He commended the new direction administration led by Governor Yahaya Bello for a well thought out initiative to establish a world class science base institution that will enhance the overall development of not only the state but the entire country and mankind.

Kolawole charged the management to follow the footstep of Governor Yahaya Bello who does not joke with the security of the state, hence he want them to make security of their students a priority, stressing that though Kogi state is relatively peaceful but want them to fortify the campus against any intruder.

He appealed to them to sensitize their students on the danger inherent to be a cult member, noting that there is an existing law duly passed by the Kogi State House of Assembly and assented to by Governor Bello prohibiting the activities of cultists in all tertiary institutions in the state, hence if they are apprehended they will be punish accordingly.

The Speaker who was at the Osara campus with the member representing Mopamuro State Constituency, Hon. Ademola Bello said the House of Assembly will be ready to give their support anytime such is needed for the rapid development of the university.

Responding on behalf of the principal officers, the Vice Chancellor, Professor Sadiku Salawu appreciated the Speaker and the Kogi State House of Assembly for their timely intervention to pass the bill that established the institution promptly.

He said the state government has done wonderfully well to provide the basic infrastructures for the smooth take off of academy activities in the university stressing that they already have 200 students who were admitted on merit.

According to him, they have nine programs currently but promised to increase it as more infrastructures are being developed to accommodate both students and manpower needed.

He promised to make the institution a world class science base university in line with Governor Yahaya Bello’s vision.

Other principal officers in attendance including the Registrar, Bursar and Librarian.