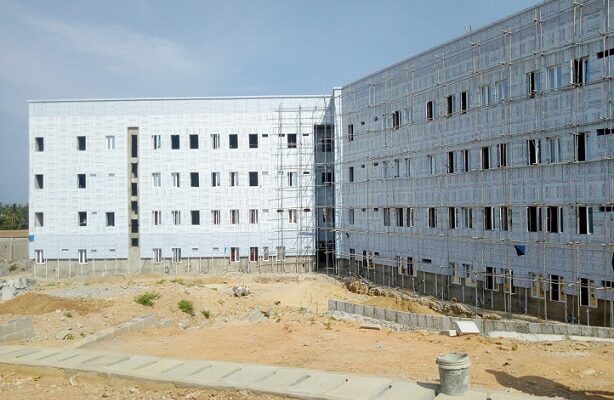 According to the New Direction Agenda of the present Alhaji Yahaya Adoza Bello’s Government on Health, the major aim of government intervention is to be “a prime provider of affordable health care, making available the necessary legislation to enable health sector policies and reforms make a difference in the life of the citizens of the State. This will improve lives and promote healthy living in every aspect of the society”. This has been the driving force behind all government activities and expenditure in recent times including the building of the New Reference Hospitals in Okene and 6 other major cities in Kogi State.

These splendid edifices, which are nearing completion, had brought joy and relief to citizens who feel a sense of pride and expectation of quality and affordable comprehensive tertiary health services in their immediate domain without the challenges of travelling out with its attendant security and financial risks.

However, the recent announcement by the State Government that it was concessioning the Newly built Okene Reference Hospital has crashed these expectations and left a sour taste in the mouths of citizen. The main reasons for the construction of these Hospitals were the clamour for better health care at the grassroot which was loud and high during stakeholders’ consultations during the 2019, 2020 and 2021 Budget formulation process organized by the Kogi State Ministry of Finance and Economic Planning. It is had to fathom why this concessioning is coming towards the tail end of this administration and about the time that citizens are almost tasting the dividends of their hard-earned clamour.

A concession agreement is a contract between a company and a government, or other property owner, to operate a business in a particular location. It gives the company the right to sell a product or to run a business. This ordinarily would mean that the company will operate on a profit basis thus, services in this facility will be at a premium. This fact is buttressed by the Government assertion that the reference Hospitals will “end Health tourism”, which is a phenomenon practiced by the elite and wealthy section of our population.

With a Gross Domestic product (GDP) of $4,642m, Kogi State is ranked 23rd in Nigeria, according to Wikipedia, with a national projected poverty rate of over 50%. This is simply means that more than half the population of the State will be excluded from services from these concessioned health facility, thus defeating the aim of AFFORDABLE HEALTH that the State Government intends.

We are uncomfortable that such moves by the Government without due consultations from the people is in bad taste and does not show intentions of inclusive participation of citizens in determining the affairs of their State. This is so particularly as the Alhaji Yahaya Bello Administration is battling the effects of a very bad investment concession of the OBAJANA CEMENT COMPANY and its woeful effect on the State. Another example is the Non-performing State Integrated Financial and Management Information System (SIFMIS) which is supposed to make public sector financial management accountable and transparent, but is not achieving this despite the millions of Dollars invested in it.

We therefore call on the State Government to delay this concessioning until proper consultation is completed and the citizens are properly assured that they would not be excluded from the benefits of these health services in the State.

We call on all stakeholders to ensure that universal health coverage for citizens of Kogi State is sacrosanct and guaranteed in public sector health financing and planning.